An average American spends $64/month on internet bills. Suppose you decided that 100 Mbps is the best speed for your needs and now you want to know how much is 100 Mbps Internet. The price of the internet depends on various factors, such as location, availability, type of internet connection (cable, fiber, satellite, or the traditional DSL). In addition, there are several Internet Service Providers offering various plans, but the costs still differ. Moreover, you might have to pay additional fees, known and hidden. 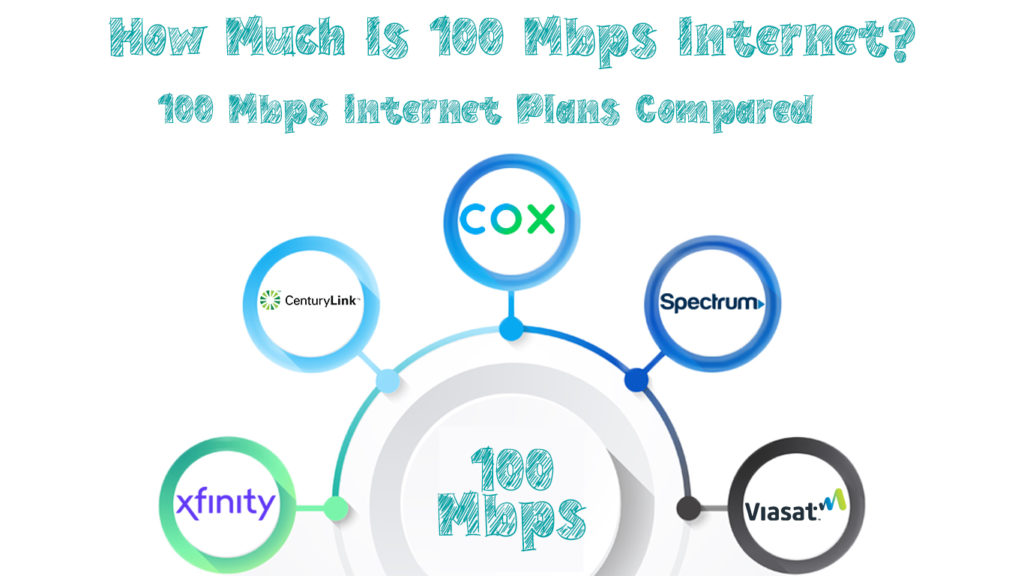 What is Cable Internet?

We’re recommending this 100 Mbps Xfinity plan, but you should be aware that cable internet can actually provide much faster download speeds (over 1 Gbps). While not as fast as the fiber internet, many users choose cable internet because it’s fast and widely available.

In addition, it’s a lot faster than the traditional DSL internet connection. Moreover, it’s pretty easy to self-install all the cable internet equipment (cable modem and a router).

What is DSL Internet?

DSL delivers internet connection via the existing telephone lines. However, unlike the more traditional older dial-up connection, it doesn’t share the same line as the telephone. Thus, it can deliver a much faster internet connection. Although the speed is not as fast as the cable and fiber connection, it’s still useful for basic internet usage such as emailing and web browsing. With a low-cost offering, it’s still a popular choice for some low-end online applications.

What is Satellite Internet?

The connection is possible via an orbiting satellite. One obvious advantage of the satellite connection is that you can get the connection wherever you go without depending on the physical cable networks. However, you can only receive the signals via a small dish installed on your house.

What to Consider When Buying Internet

You’d probably look at the price and speed when shopping for the best internet plan for your needs. However, there are also various other factors you can look at. Here are some of the things you should consider when choosing an internet service.

In this post, we have listed one plan for three types of internet connection providing a speed of 100 Mbps. This should help if you’re trying to figure out how much is 100 Mbps Internet.

In addition, we have also given an overview of each type of internet connection so that you could understand the pros and cons of each type. Therefore, it should be easier for you to decide what 100 Mbps plan suits you best.