According to the latest data available, Australia has the worst internet connection out of all developed countries. The Organisation for Economic Co-operation and Development ranked Australia 68th out of 177 countries worldwide when it comes to the quality of the internet and available speeds.

The extremely low numbers lead to one essential question: why is the internet in one of the most developed countries so bad? Today, we’re exploring the reasoning behind Australia’s bad internet connection! 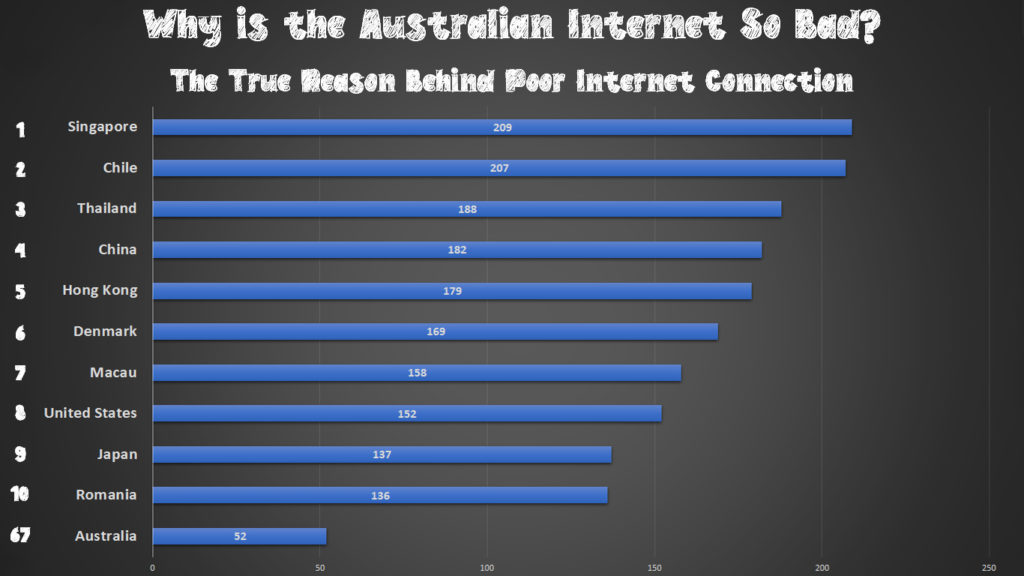 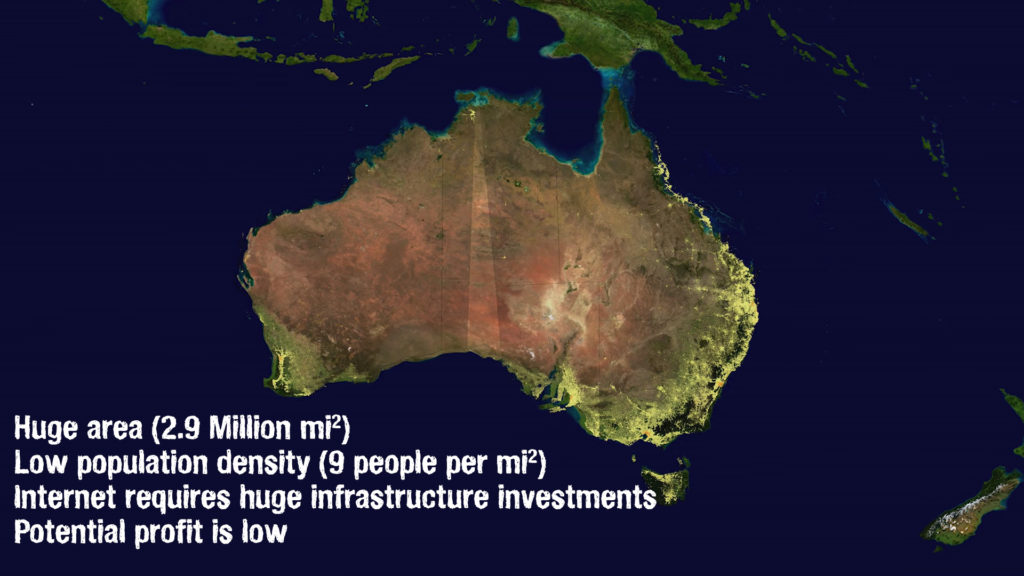 Thus, the most common and logical explanation you’ll find out there is that Australia is a big continent but the population density is low. That means that there aren’t many people living on the continent, which makes the internet equipment more expensive and less cost-effective.

This explanation makes a lot of sense, as internet companies and the state don’t have an incentive to invest in good equipment that will eventually be used by a small number of people and won’t pay off.

Why is the Australian Internet So Bad?

Reasons Why Australian Internet is So Bad

While the official explanation makes a lot of sense, there are other, less known reasons why the Australian internet is so bad. After becoming familiar with them, you’ll know why many experts don’t expect any improvements in this field any time soon.

Australia Was Late on Everything

It’s difficult to perfect the internet infrastructure when these services are relatively new to the country. Australia was practically late on everything, starting from cable TV. The cable TV technology came as late as the mid-nineties.

Furthermore, due to high prices and bad plans, many households remain without cable to this day. The small number of households who decided to embrace cable TV led to a low incentive to improve the technology and services in general. As there weren’t that many people using a cable, cable internet was also not as popular.

As a result, most households relied on DSL. While DSL is not a bad option, it’s much less reliable and a lot slower than the cable internet. What’s more, the DSL download speed is notoriously low.

The fiber option also came pretty late in the game. You’ll learn more about the reasoning behind that later. But what you should remember for now is that one cannot improve an infrastructure that simply does not exist.

The Drama with Telstra

Telstra is an Australian telecommunications company that went through privatization in the nineties. Ever since then, the drama between the Australian government and Telstra has been affecting the state of the internet connection in the whole country.

Moreover, experts have been critical of how both Telstra and the Australian government have been dealing with the internet issue for years. The situation has not improved to this day.

Telstra is the largest carrier in Australia that owns most of the internet infrastructure in the country. When the idea of the fiber internet was introduced, Telstra and the government started negotiating on how to make the change cost-effective and efficient. Since Telstra owned most of the internet-related infrastructure, this company was an essential figure in negotiation.

However, after several disagreements between both parties, the government excluded Telstra from the negotiations and decided to build a national network by the name of the National Broadband Initiative, which would later become NBN.

By the time anything was done regarding the initiative, Telstra has already successfully built an infrastructure for the fiber connection and many Australian homes had been making the most of it.

The New Deal with Telstra

When NBN came into the picture, the majority of the infrastructure, both modern and outdated, belonged to Telstra. Since building a new, modern system was proven to be too expensive, NBN decided to use Telstra’s old copper phone lines for providing internet access. While this is a cheaper option, it also comes with a bad signal and slow speeds that customers would need to deal with.

In 2011, Telstra signed a deal with NBN to disconnect its customers from the copper and hybrid fiber-coaxial networks where the FTTP has been installed. The ownership of both the copper networks and the hybrids was transferred to NBN.

What resulted in all these actions was a bad internet connection throughout Australia. NBN decided to improve the technology by creating a hybrid system that used the old copper networks which connected to nodes using the FTTN technology. The internet speeds did improve but the connection remained weak and unreliable.

All of this drama resulted in Telstra having a monopoly over the internet connection in Australia. The quality of services and the prices all depend on this company. Many experts remain extremely critical of how Telstra handles customer dissatisfaction with its services.

Prices of internet plans are extremely high and unlimited data, which is normal for households around the world, is a luxury for Australians. Moreover, NBN does not have the necessary infrastructure to make that much of a difference when it comes to the state of the Australian internet at the moment.

As we showcased in this article, the reasons behind Australia’s bad internet are complex. The National Broadband Network continues to use outdated infrastructure to bring modern technology to Australian households.

As a result, Australians all over the continent struggle with bad upload and download speeds and unreliable connections. On the other hand, the largest internet provider, Telstra, is still unable to find a balance between a good service and fair prices. 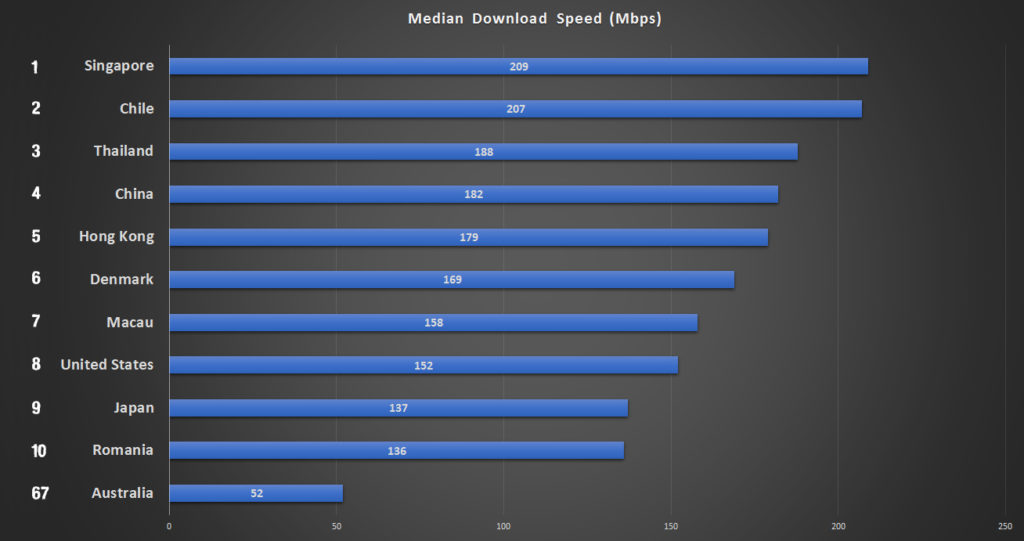 Median Download Speeds in the World as of June 2022 (source – speedtest.net)

Experts don’t expect the situation to improve any time soon. Australian residents will likely continue to face issues with their internet connection and would have to break the bank for pretty bad internet plans.