Two routers on one network? Although you don’t see this too often, it is possible and is done in certain situations:

Putting Another Router in the Right Place

For the initial configuration to be done, the new (second) router and computer need to be close to each other. Routers, whether wired or wireless, will be most easily configured using a computer connected to the router with an Ethernet network cable (After completing this procedure, you can move the router to another location).

Connecting Another Router via an Ethernet Cable 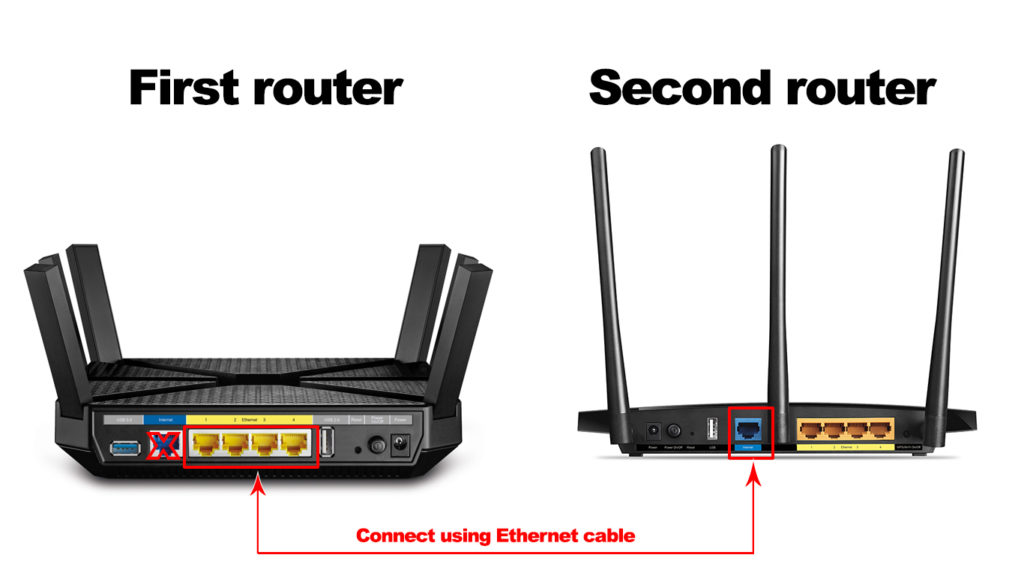 Wireless routers can connect via an Ethernet cable, just like wired routers. In addition, home routers can be connected via a wireless network, with a condition that another router can only operate as a wireless access point and not as a router.

For the second router to function properly, its settings must be in client mode. Many home routers do not have this mode (the best way to find out if your router has a client mode is to look at its accompanying documentation).

How to Set Up Wi-Fi Channels for Wireless Home Routers

If both routers are wireless, their WiFi signals may interfere with each other, which will lead to network interruption or slower operation. This is because both routers will use the same WiFi frequency bands. These frequencies are known as channels. The use of the same channels by both routers leads to operational problems.

How to choose the right WiFi channels

Configure the IP Address of Another Router

With another router, it is not necessary to change the default IP settings (only if it will be configured as an access point or network switch.

Using Another Router as a Switch or Access Point

The procedures outlined in the previous section provide an opportunity for another router to support a subnet located within a home network. If you want to have an extra level of control on certain devices then this is of great benefit. The second router has the option to be configured as an Ethernet network switch or an access point. This procedure allows devices to be connected to another router and not create a subnet. If you want to expand Internet access in your home then setting up without a subnet is enough.

How to Configure Another Router Without Subnet Support

When setting up a second router as a network switch, the Ethernet cable should be plugged into one of the free ports of the new router (only do not use the WAN port), and connect it to any port on the first router except the WAN port.

How to set up an old router as a network switch

For the new wireless router to be set as an access point, it is necessary to configure it in the repeater or bridge mode.

You should also update the IP configuration (for wired and wireless routers):

It is necessary to first check the local IP address for the other router. Change it to make sure that the network address (which is within the DHCP range) has been successfully configured and that there will be no conflict with any of the devices on the local network.

Network Address Translation (NAT) is a procedure performed by your router and used to ‘’mask’’ your private IP address and modify it into a public IP address before sending the data packets to the destination server.

NAT changes the IP address of a wide area network or WAN, by converting it from public to private. This allows more devices to share the network. In addition, NAT blocks direct access to your local IP addresses and thus secures your network.

One of the common problems that occurs when connecting two routers is double NAT.

NAT is implemented on each router, as well as the gateway, and when using two routers, your network will be divided into two new, different private networks. Devices connected to one private network are likely to have interference or problems communicating with devices connected to another network. As a result, there may be problems with VPN connections, port forwarding, websites that use SSL, and you will probably find it harder to run various online games.