There are many discussions about the default gateway FE80 online. Many people are curious enough to read about their network settings and look into what’s going on with their network. 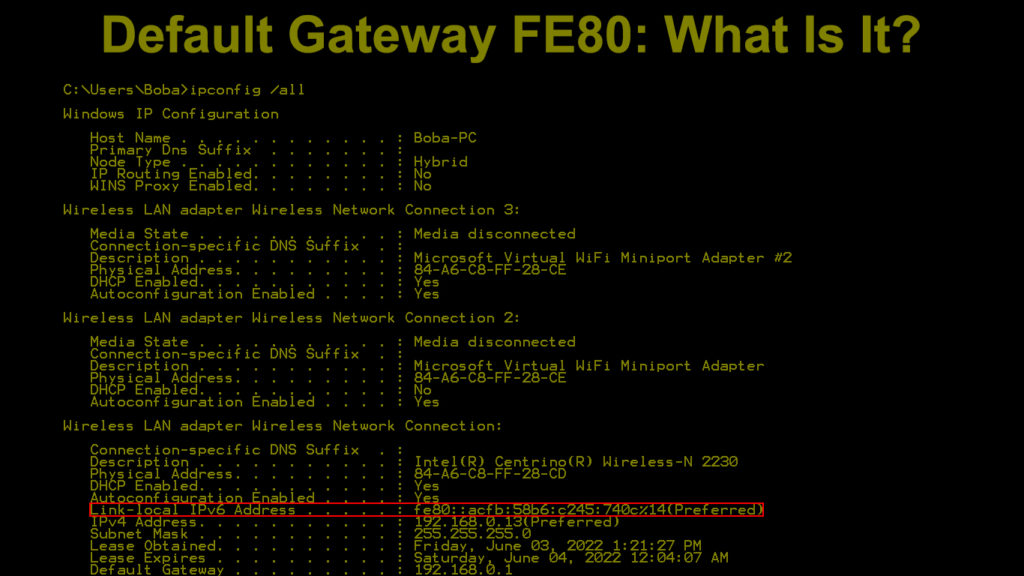 Without the protocols, there would be no internet. They’re a set of rules that data and information traveling the network have to abide by. There’s another cardinal piece of networking called TCP (Transmission Control Protocol). It works with the IP, so we usually refer to them as TCP/IP.

How Does IP Work?

The TCP/IP has two layers. TCP is the protocol responsible for fragmenting the information into data packets before sending them to the receiving computer. Then, once the data packets reach the computer, they re-assemble into the information, i.e. any kind of content.

The first public IP address was introduced as the IPv4 in 1980. This is the standard protocol of internet communication. IPv4 protocol supports 32-bit IP addresses. It was a great way to use addressing on the internet until critical mass was reached.

There are many strategies for IP address preservation. However, the space has grown too little for IPv4 IP addresses in the public domain, as there’s an increasing number of people using the internet, and there are more and more devices connecting to the IoT (Internet of Things).

The IPv6 was first enabled on the 6th of June, 2012. The reason IPv6 was developed and enabled is what we mentioned previously. There are too many devices connecting to the internet and the public IP addresses with IPv4 are becoming exhausted.

What Is a Default Gateway?

A default gateway is the default route that the data packets take when communicating with other networks. It’s usually a request that travels through the gateway first, and once it reaches a web page, we wait for the answer.

If you go to the Command Prompt by typing cmd in the Search box next to the start menu, and then type the command ipconfig /all and hit Enter, you can see the link-local IPv6 address, e.g. fe80::45a7:2cd8:f7a5:bf2a%16.

There’s going to be a ton of other information displayed. The default gateway FE80 prefix is the link-local IPv6 address, and it is assigned automatically by the DHCP. That’s the reason the prefix is FE80.

However, there are three more prefixes that can be used, the FE90, the FEA0, and the FEB0 prefixes. The only reason we always see the FE80 prefix is the fact that the DHCP automatically assigns this address. 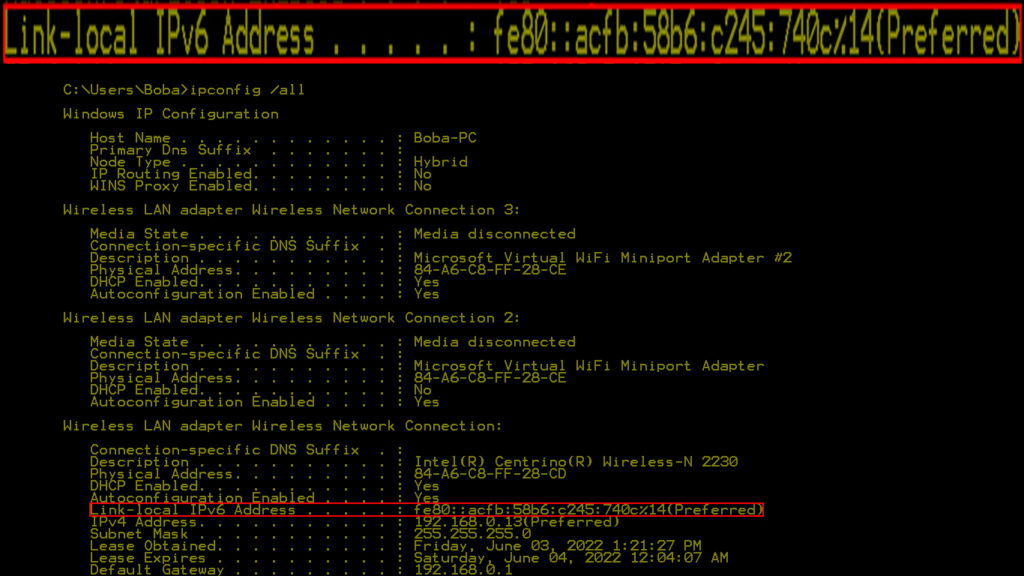 ULA (Unique Local Addresses) are the ones used to assign numbers to resources in the company’s administrative domain. Unique local addresses will stay the same if you change your ISP.

There you have it. Now you know a little more about IP addresses, the DHCP, and what a default gateway is. Remember, the default gateway FE80 prefix is always assigned automatically by your DHCPv6.