Wi-Fi technology is one of the most convenient and dependable ways to wirelessly connect your smartphone, tablet, or PC to the internet.

However, this convenience comes at a cost, given that wireless connections are always vulnerable to digital attacks and other security issues.

These suspicious wireless networks have SSID names similar to legitimate and valid hotspots, making it hard for users to notice anything malicious.

Learning how to detect suspicious Wi-Fi networks can help you keep your sensitive info away from hackers, snoopers, and prying eyes.

Below are some of the ways you can detect suspicious Wi-Fi networks and safeguard your online privacy. 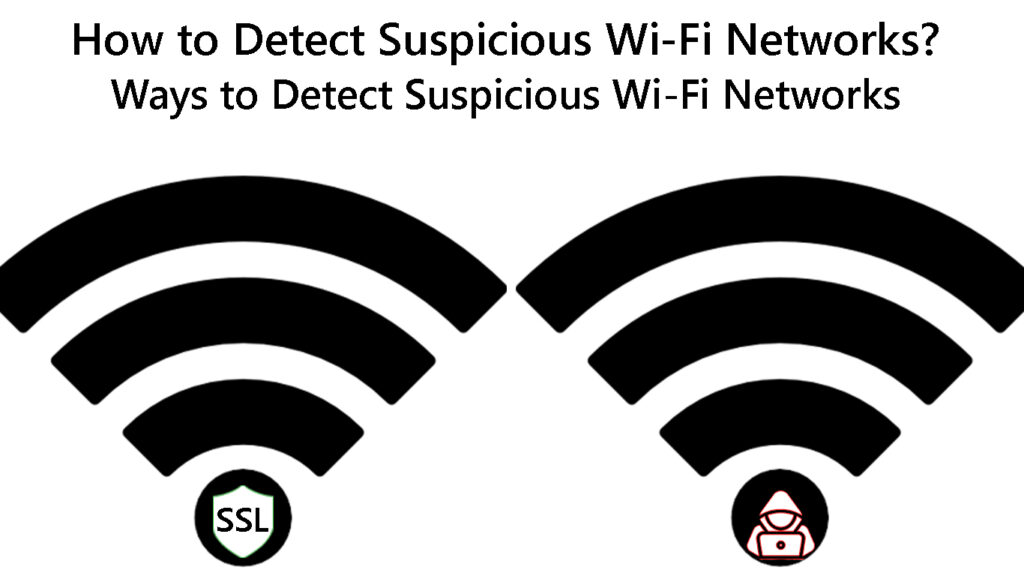 The quickest way to detect suspicious Wi-Fi networks is to use the “Suspicious Network Detection” feature available on the latest smartphones.

The latest Samsung smartphones with One UI have a built-in feature that notifies users of suspicious Wi-Fi networks.

Here are the steps to enable Detect Suspicious Networks on a supported Samsung device:

Alternatively, swipe down the notification panel and tap the gear icon to open the Settings app

How to Enable Suspicious Wi-Fi Detection on Samsung Phones

If your phone or mobile device does not have the Detect Suspicious Network feature, you can use a third-party app like JioSecurity (works only with Jio SIM Cards).

The app performs a security check every time your device attempts to connect to a new Wi-Fi network and flags any suspicious connections.

The app checks parameters such as:

What Is DNS Spoofing?

What Is ARP Spoofing?

Here’s how to use the JioSecurity app to detect suspicious Wi-Fi networks:

Ensure you thoroughly inspect all SSID names before joining any Wi-Fi network, particularly when using public Wi-Fi or your hotel’s internet.

The SSID name or Service Set Identifier represents the name of a wireless network and usually appears on search results when searching for nearby Wi-Fi connections on your device.

The Risks of Using Public Wi-Fi

The attacker will create a new network or reconfigure the name of their hotspot to appear similar to the public Wi-Fi network.

For instance, if the SSID name of a café is “hotdrinks,” the attacker will rename the network name of their hotspot to “hotdrinkz” or something close to that.

You might miss the misspelled name and join the suspicious Wi-Fi network.

Another way to detect suspicious Wi-Fi networks is to monitor incoming and outgoing traffic for unusual online activity.

You can inspect connection logs, but downloading a packet analyzer or sniffer is the easiest and quickest way to monitor incoming and outgoing traffic.

What Are Packet Analyzers?

Hackers use suspicious networks to cause all sorts of harm to unsuspecting Wi-Fi users.

As such, learning the risks and dangers of connecting to suspicious Wi-Fi networks can help you become more aware of why you should protect your online safety.

Some of the dangers of connecting to suspicious Wi-Fi networks include:

Identity theft is one of the most common dangers of joining a compromised or suspicious Wi-Fi network.

After joining a suspicious network, a hacker will steal your personal information and use it for impersonation.

They can also use these details to damage your reputation, access your finances, or sell your data.

Another danger of joining a suspicious Wi-Fi network is eavesdropping or packet sniffing.

Everything You Need to Know About Packet Sniffing

A hacker connected to the same network can use a packet sniffer or analyzer to eavesdrop on everything you send or receive on your device.

Hackers can intercept your information and steal anything they consider valuable for malicious purposes.

Computer viruses, Trojan horses, worms, and malware do not infect your devices automatically.

Someone has to distribute or send them to your device, and joining a suspicious Wi-Fi network increases the likelihood of becoming a victim of these malicious programs.

If you do not have an antivirus program or similar software, someone with ill intentions can plant malware on your device.

A Man-in-the-middle attack occurs when a hacker spoofs and impersonates a legitimate Wi-Fi network, usually a hotel or public Wi-Fi, to trick unsuspecting victims into connecting.

The hacker may use a name similar to the network’s SSID name to lure you into connecting so they can access your private info.

Session hijacking is similar to a man-in-the-middle attack, but in this case, the hacker intercepts your info and configures their computer to work like yours.

The attacker hijacks your connection sessions, gaining access to websites you often visit while remaining unnoticed.

Use the above tips to ensure you do not become a victim of hackers, snoopers, and other malicious online groups.