By now, pretty much everybody knows that if you want a faster and more reliable internet connection, you should use an ethernet cable instead of Wi-Fi.

Wi-Fi provides more convenience since you can do your work without worrying about cables. Yet, if you need higher or more consistent speeds with negligible latency, you need to plug in an ethernet cable and go online that way.

But what happens if your cable connection becomes slower than Wi-Fi? How is that even possible? Is that normal, and is it fixable? Well, stick around to the end of the article, and answers to these questions might surprise you.

What Can Cause Ethernet to Be Slower than Wi-Fi?

Several things can cause your internet to run slower on the cable than on Wi-Fi, and, depending on your equipment and setup, that can be perfectly normal in some cases.

First of all, you need to understand that the speeds you can get in your home network cannot exceed the speeds you’re getting from your internet service provider (ISP). However, whether or not you’ll be able to use the maximum speed provided by ISP depends on your equipment and setup.

There are three standard speed caps when using an ethernet cable. Very old equipment will cap at 10 Mbps, a bit newer will cap at 100 Mbps, while newer generation will allow speeds up to 1 Gbps. 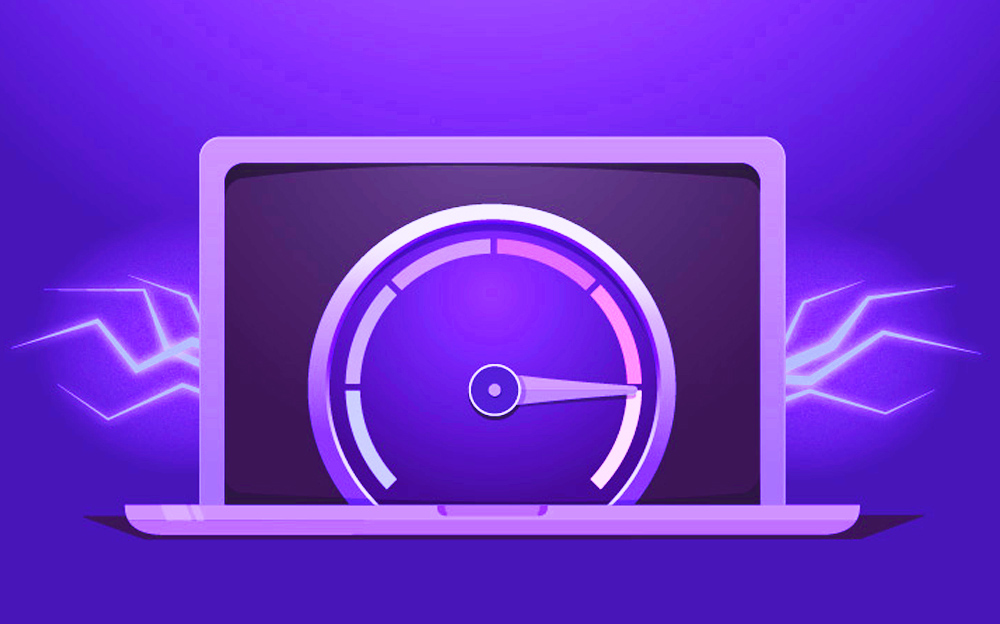 Wi-Fi speeds have slightly different numbers, but we will discuss that more under the “outdated network equipment” section.

We mainly mean the network adapter in your computer and ethernet switches you may use when talking about home network equipment.

Other factors that may influence the speed are driver issues, software bugs, malware, broken or outdated ethernet cables, and interference from other devices.

Before you move on to doing anything, test your internet speeds on different devices to see if it is an isolated problem or applies to every device you connect to the router using an ethernet cable.


If you’re experiencing the same issue on all the devices connected to the router, your problem is probably with the router or the switch if you are using one.


If there is a problem with only one device, you are more likely to have a problem with the network adapter, faulty port on a router, or the cable connecting that PC to the router.

Now, let’s check out possible causes individually and potential solutions for each cause.

If you’re experiencing slower speeds just on one device, one of the possible causes is bugs in drivers for your network adapter.


First, try rebooting your computer and see if that makes any difference. If not, try disabling, then enabling the network adapter.

You can do this by typing in “device manager” into the search bar on the desktop, then right-clicking on the network adapter, and then “disable device.” Wait for 10-15 seconds and enable the device back again. Another option would be to update drivers for network adapters using the same path but selecting “update drivers” in the end. If none of these fixes work, look for the problem in the ethernet cable.

Ethernet cables are one of the most common causes for slower internet speed and other network issues. One would think that they should either work or don’t, but it’s not uncommon for cable to be damaged in such a way that it keeps sending and receiving data but at much slower speeds. 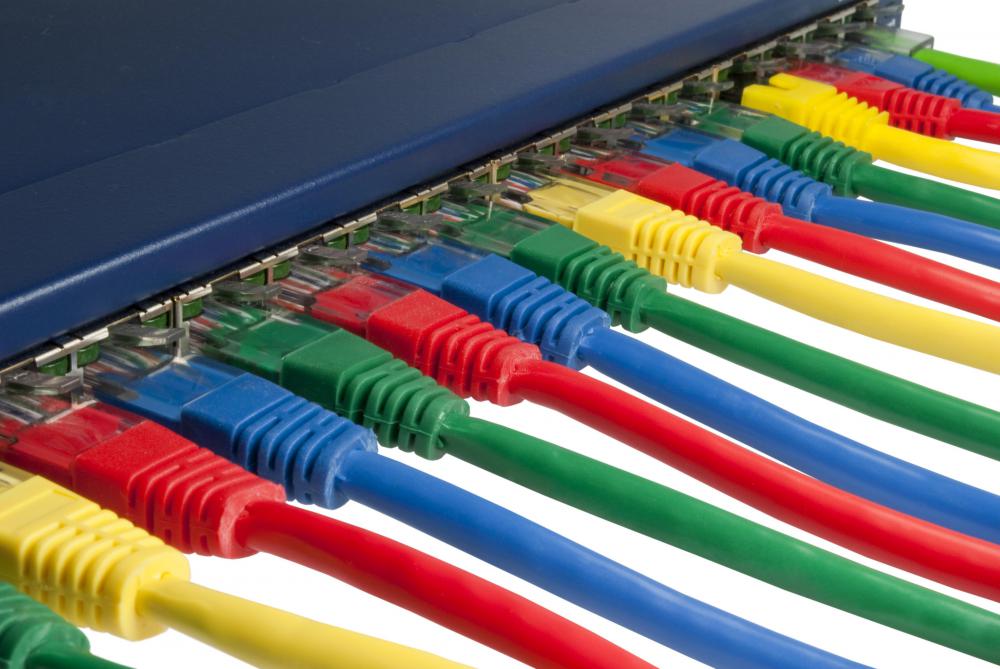 If possible and accessible, inspect the cable at its full length to see if there are some unusual bends or damages. Also, make sure that both ends are firmly plugged into their ports. If the cable is not accessible for inspection, try using a proven one to see if there is a difference in speed when you switch between the two.

The router can start misbehaving occasionally, or one of the ports can become damaged or broken. Try using a different port to plug in the ethernet cable leading to the slow device to see if that improves speed.

Also, power cycle the router by turning it off and back on after 15 seconds. If the lower ethernet speed is caused by the faulty port or a bug in the router software, that should fix the problem.

Interference from Different Devices and Materials

Another common cause for lower performance over ethernet cable is interference. Some devices and household appliances can influence the speeds if you’re using a lower-quality ethernet cable or the cable jacket is damaged somewhere.

As a general rule, try keeping your networking equipment (both Wi-Fi and ethernet) away from microwave ovens and other sources of electromagnetic radiation. The same goes for power cables and extension cords. Both can create significant interference for the ethernet signal.

Using a piece of outdated networking equipment that can’t keep up with the speeds that you’re getting from ISP can also be a reason for your lower ethernet speeds compared to Wi-Fi.

It happened to a friend recently. He wasn’t paying attention, so he connected two of his PCs through the switch rated for speeds up to 100 Mbps. His ISP provides him with 200 Mbps, and the router supports speeds up to 1 Gbps.

At first, he couldn’t figure out what was going on and how come his Wi-Fi was many times faster than the ethernet. After he figured out it was the switch and replaced it, everything went back to normal.

Like we mentioned earlier, ethernet speeds in most homes top at 10, 100, and 1000 Mbps. In comparison, Wi-Fi speeds on the newest devices top at 1300 Mbps. So, in theory, you can have everything working correctly and still have faster Wi-Fi than ethernet.

However, that is an improbable scenario since the Wi-Fi loses a lot of speed over distance and/or while passing through obstacles like walls, and you are not likely to have home internet speeds above 1 Gbps.

Just like software bugs, malware can sneak behind your back and start using a lot of your network resources without you knowing about it.

You’ll just notice that things are running slow but won’t be able to tell what is causing the problem. 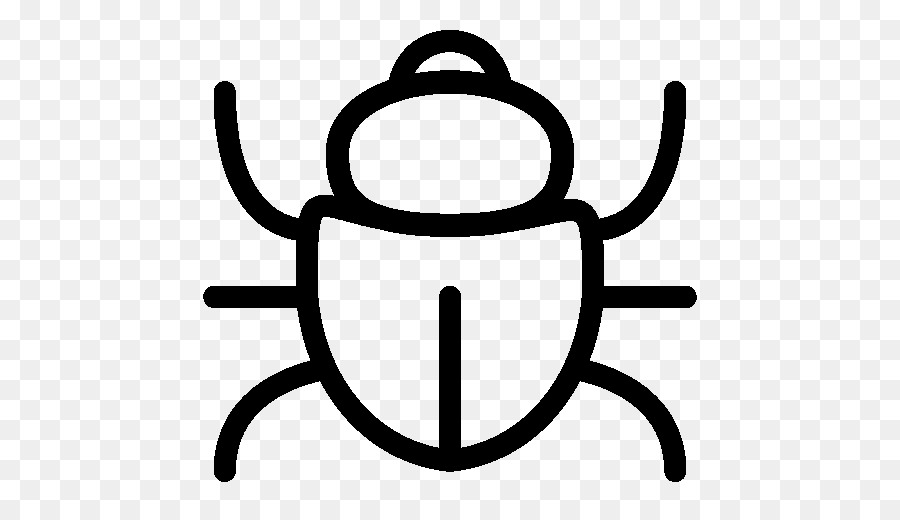 This scenario is less likely to happen in the newest versions of Windows. They come with a pretty decent antivirus program, but it is still a possibility if you’re running an older machine with Windows XP or Windows 7.

To eliminate malware as a possible source of the problem, run a virus scan, and you might get lucky to catch and stop the pesky malware, getting your ethernet speeds back up.

VPN is an excellent thing for people who value privacy and security. However, not all VPN software is equal. VPN can significantly slow down your internet and create an illusion that you’re having a slower ethernet than Wi-Fi. When choosing a VPN software for your PC, look for an established company with many servers worldwide — more servers equal less the chance for traffic jams.

It’s not common for ethernet to run slower than Wi-Fi. If that happens to you, you should test all of your equipment to see if the slow ethernet is a problem for one computer or all devices in your home network.

If you find out that only one computer runs slow over ethernet, check the cable, network adapter, and router port.


If all the computers have ethernet speeds lower than Wi-Fi, Look for the cause in the router or the switch if you’re using one.

In the video below, you can find a quick guide on diagnosing and fixing the most common causes for low ethernet speeds.