The evolution from the second generation (2G) to third-generation(3G) cellular networks came with advancements that made connections more reliable. 3G networks are meant to provide more robust and faster internet, partly thanks to network standards such as EVDO.

Hence, we will take a holistic look at EVDO and how it is utilized by the 3G network to establish a better internet connection. While at it, we will also compare EVDO to other network standards to fully understand how EVDO works. 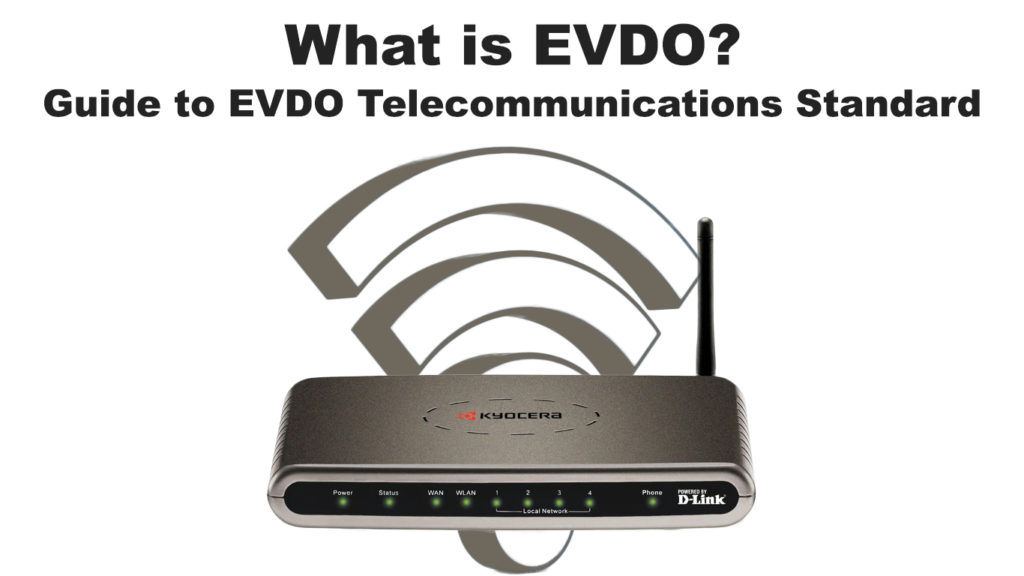 To clearly understand EVDO, we should start by understanding the concept that came with EVDO, in this case, CDMA.

CDMA is an abbreviation for Code Division Multiple Access, a protocol used in the second and third-generation wireless networks. CDMA is useful in ultra-High frequencies ranging from 800MHz to 1.9GHz in cellular telephone networks.

Spread-spectrum is a technique where the generated signal is deliberately spread to fit wider bandwidth of frequencies. It also enhances connection security because it uses frequencies that resemble noise and transmits the narrowband frequency over a wideband. The receiver then decodes the incoming signal and retrieves the information signal.

The spread-spectrum technique aims to emulate a frequency like noise to hide that it is carrying information. If the signal is concealed, it is less likely to be intercepted or jammed by attackers. Hence CDMA adequately uses the available bandwidth and does not limit the user’s frequency range.

Also, CDMA can transmit various signals simultaneously over the same channel without interference, thanks to the spectrum-spread technique. Also, the transmitters are assigned a code that the recipient can decipher to reveal the message within a transmission.

Encoding and decoding the signal is also possible because CDMA uses properties of Direct Sequence Spectrum (DSSS). Through DSSS, CDMA can multiply the data transmitted with a high bit signal and then modulate it for transmission. The data is extracted using a similar high-bit signal at the receiver’s end. Since different signals require different high-bit signals for decoding, it is possible to use the same channel simultaneously.

CDMA technology is vital in the access method of different channels on most mobile phone standards.

CDMAOne is the brand name for the Interim Standard 95 (IS-95). IS-95 is the first digital cellular network based on the CDMA protocol. It is a second-generation network standard developed by QUALCOMM and later adopted by the Telecommunications Industry Association (TIA).

The main reason for upgrading from older standards to IS-95 is that IS-95 provides better quality calls with better coverage. IS-95 is also more secure and consumes less power than the previous standards.

The 3GPP2 alliance developed CDMA2000, and its main goal was to provide robust and efficient communication. The standard can support both voice and data transmissions using the CDMA channels, making it cost-effective for wireless operators.

CDMA2000 is also known as cdma1xRTT, IS-2000, or C2K, and it has peak data rates of 153kbps upstream and downstream. The 1xRTT stands for a single carrier radio transmission technology. CDMA2000 doubles the capacity of the voice network, meaning more people can talk simultaneously.

CDMA2000 is further divided into a separate protocol responsible for data transmissions over cellular 3G networks. The said protocol is EVDO or 1xEVDO.

EVDO is an abbreviation for Evolution Data Only or Evolution-Data Optimized. It is also referred to as 1xEVDO or 1XEV-DO by different service providers. It is a part of the third-generation network standard that strives to provide faster and more reliable data connections.

EVDO is part of the CDMA2000 family, and it deals with data while the 1xRTT handles voice connections. EVDO aims to provide 3G CDMA network users with fast internet for their mobile devices.

Since EVDO deals with data only, it requires its frequency range separate from the range used by standards like 1xRTT to transmit voice. Essentially, EVDO was built to run on its path over the already established cellular network.

It was necessary to have EVDO standards since the technology, during its inception, could not allow data and voice packets to be carried on a network without causing complications. Therefore, EVDO was a way to separate the two and offer a seamless connection.

EVDO coverage is limited. However, access points transmit at full power ensuring surrounding users get the best connection since it is a wireless standard. Generally, the 3G standard was to increase the capacity of data and voice channels, and EVDO is responsible for the data connection.

EVDO adopts the IP method of transmitting data where, before transmission, data is converted into small packets and sent one after the other. This method is better since the bandwidth will remain unused until the recipient requests data. The same principle is used in phone calls on the CDMA2000 network standard.

Leaving the channels unused ensures that there is available space for others who might want to use the connection.

EVDO is defined under IS-856 instead of IS-2000, which defines the CDMA2000 standards. EVDO is based on a technology known as High-Rate Packet Data (HRPD) or High Data Packet (HDP) that falls under the International Standard IS-856.

Over the years, EVDO has undergone revisions hence why we have different versions of the technology.

The first release of EVDO is known as Release 0. It could offer data rates of up to 2.4Mbps, which would average at 300-600kbps in the real world. The speeds were an upgrade to the initial 60-80kbps offered by the previous standards.

Release A was an upgrade to the initial EVDO version. It included additional features while also maintaining backward compatibility with the prior version of EVDO, i.e., Release 0.

The revision also included quality of service flags in the standard to better the connection.

The revision saw that the standard could now support video calling and VoIP features.

Further revisions of the standard led to an increase in the carrier rates up to 4.9Mbps. Bundling the carriers can push the rate to 14Mbps, facilitating High-Definition video streaming features.

It also increased the wait and talk times while reducing latency by using statistical multiplexing.

The revision also provided better support for services that have asymmetric upload and download speeds, like file sharing and browsing the web. It also reduced the interference of users at the edges of the signals from adjacent sectors.

This revision aimed to make the EVDO standard ready for next-generation standards. It was also known as the Ultra Mobile Broadband (UMB).

The revision was to put EVDO at par to compete with standards like WiMAX and LTE. Unfortunately, this was the last standard revision since Qualcomm, the lead sponsor, decided to support LTE technology instead of UMB.

The switch led CDMA carriers to use alternative protocols like WiMAX and Long-Term Evolution (LTE) LTE is a 3GPP standard, a competitor of the 3GPP2 alliance, which is responsible for the CDMA protocols.

Although the third-generation network is slowly being phased out, it has been a valuable tool in the past. Providers are phasing out the technology because better connection standards like 4G and 5G have even more capabilities.

EVDO is among the standards being dropped by various carriers like Spectrum, Verizon, and Sprint. It is also coupled with the fact that 3GPP added features to the LTE network that allow it to be the only upgrade path for wireless cellular networks.