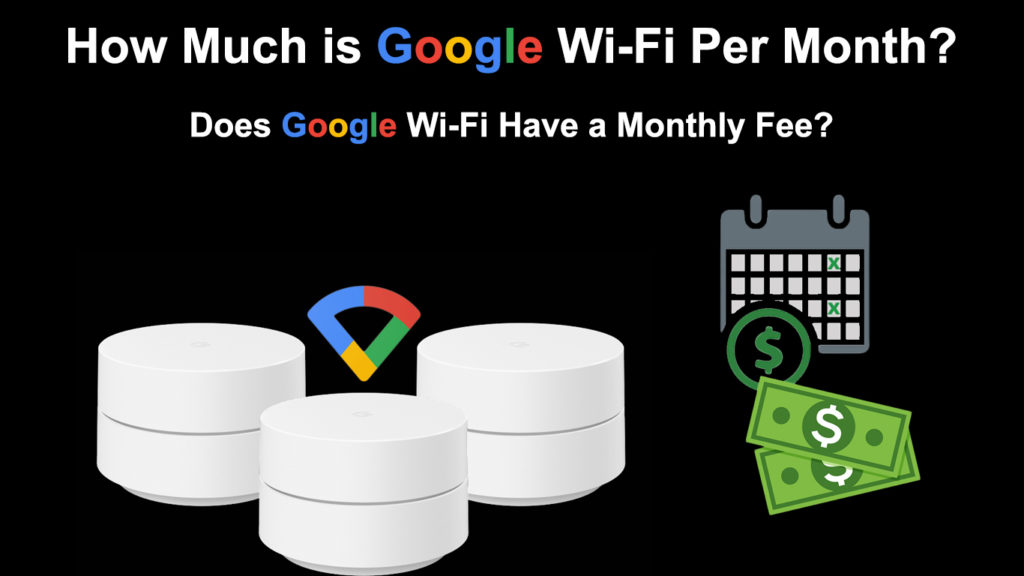 First released in 2016, Google Wi-Fi aimed to provide a fast and seamless Wi-Fi network to your home. It’s a mesh Wi-Fi system capable of broadcasting an extensive internet signal to the entire house. The traditional Wi-Fi can still work fine for a small home or apartment, but a more extensive home requires internet signals to travel at much farther distances.

Google mesh Wi-Fi system consists of multiple Wi-Fi devices that you can place wherever you want to create the best possible coverage. Although Google Wi-Fi may not be the fastest Wi-Fi router, it’s a pretty good choice for an average family and medium-sized homes. If you want more coverage area, you can add more Google Wi-Fi points to your setup.

It would help if you had the following to run Google Wi-Fi:

Here are some FAQs about Google Wi-Fi that you may find helpful to understand more about the product.

Q: How is Google Wi-Fi different from traditional Wi-Fi routers?

A: Traditionally, a home Wi-Fi network depends on a single router to broadcast internet signals. The presence of objects and walls makes it difficult for a single router to reach the entire house – you’d have dead zones in distant areas. On the other hand, Google Wi-Fi comes with at least two Wi-Fi points, and you can even buy additional points if you need better coverage. You can scatter them all over the house so that you can have an internet signal in every corner of your home.

Q: Can I add Google Wi-Fi to my existing network setup?

A: Yes, Google Wi-Fi can work with most ISPs and wireless devices. However, it can only create a Wi-Fi mesh network with other Google routers and access points. Therefore, you have to dump existing routers if you want to start with Google Wi-Fi.

Q: Do I need a lot of Google Wi-Fi points?

A: It depends on several factors such as the home size, obstructions, and other home networks in the vicinity. For instance, if you have a large house, you need more points. But, a large house with a minimalist design has fewer obstructions and doesn’t need as many points.

Q: Can I use Google Wi-Fi point as an extender?

Q: Do I need to connect Google Wi-Fi points using Ethernet cables, or are they wireless?

Google Wi-Fi – How to Install and Set Up

Q: How do I use Google Wi-Fi with Google Nest Wi-Fi?

Q: How to use Google Assistant with a Google Wi-Fi network?

However, it cannot answer or play music since there are no built-in speakers. If you want voice interactions, use or add Google Nest Wi-Fi instead, which has embedded speakers on each device.

Q: What is slowing down Google Wi-Fi?

A: Various factors could make Google Wi-Fi slower than it should be. The main reason is the distance – you need to place the Wi-Fi points at strategic places so that every device is not too far from those points. If you’re using a mobile device, move it closer to the points and try to keep it within a clear line of sight to get improved speeds. However, occasionally, your ISP could be the source of the sluggish internet.

Some users may have mistaken Google Wi-Fi for an internet provider. Thus, they might ask how much to pay for Google Wi-Fi per month. In this post, we have explained that Google Wi-Fi doesn’t provide internet service, but it’s a home mesh Wi-Fi system that consists of multiple access points. When you buy Google Wi-Fi, you can subscribe to most major Internet Service Providers and pay a monthly subscription fee for their internet service.