It is almost impossible to scan for a Wi-Fi network in an urban area and not get at least two broadcasting networks in your vicinity. That has not always been the case.

Wi-Fi has increasingly become popular over the last few years. The overall popularity results from various factors, such as increased mobile phone use.

Wi-Fi is preferred by many because it is a fast way to get on the internet. Also, it is cheaper compared to using cellular data.

The wireless nature of Wi-Fi has also influenced the growth of Wi-Fi since it gives the user freedom to move within their home without disconnection.

With all those great qualities, you might wonder what the origins of Wi-Fi are. And what changes has it undergone over the years? Read on, and you will have all the answers about the history and journey of Wi-Fi. 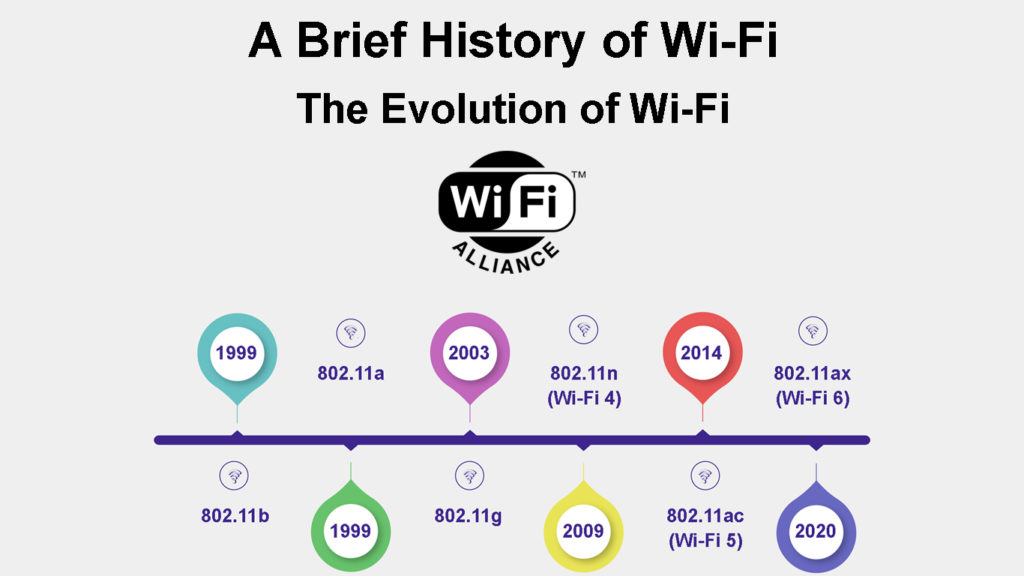 The Origins of Wi-Fi

Wi-Fi did not randomly happen; various developments led to its existence. The story begins in Hawaii, specifically at the University of Hawaii.

The university started a project under Norman Abramson in 1968 that would see computers in the institution connected wirelessly via radio frequencies. The project was named ALOHAnet or the ALOHA System and became functional in 1971.

Computers across the Great Hawaiian Islands would then use the system. The ALOHA System was the forerunner of Ethernet connections, while the ALOHA protocol is considered the starting point for 802.11 standards.

The Federal Communications Commission (FCC) later ruled that some ISM bands were available for unlicensed communication use in 1985. The bands were 900MHz, 2.4GHz and 5.8GHz.

The ruling paved the way for the creation of WaveLAN, then later the 802.11 IEEE standards.

Then, Vic Hayes helped create a system that wirelessly linked cash registers in NCR Corporation and AT&T Corporation in 1991. The system was called WaveLAN. The system became a precursor of the 801.11 standards and earned Hayes the title ‘The Father of Wi-Fi’.

Also, a prototype test of a WLAN connection by the Commonwealth Scientific and Industrial Research Organization (CSIRO) in 1991 was adapted into Wi-Fi. The CSIRO prototype would later be the source of various lawsuits against the Wi-Fi alliance over copyright infringement.

Vic Hayes and an associate from Bel Labs (Bruce Tuch) approached the Institute of Electrical and Electronics Engineers (IEEE) to create a standard protocol for wireless connectivity.

Vic Hayes became the chairman of the IEEE 802.11 protocol for ten years since then. Hayes and Tuch were inducted into the Wi-Fi Now Hall of Fame on October 29, 2019, for their contributions.

Wi-Fi as a Brand 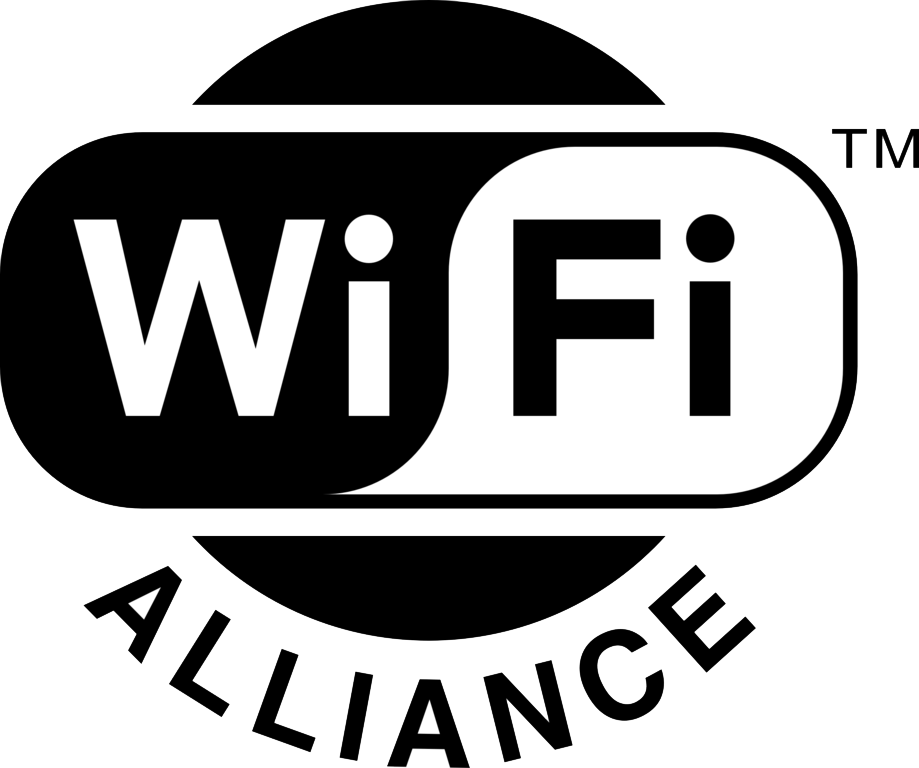 The main job of the Wi-Fi Alliance is to ensure the compatibility of Wi-Fi devices and seamless connectivity over Wi-Fi. The Alliance also has rights to the Wi-Fi logo that is seen on devices that have adhered to the Alliance’s requirements for devices with Wi-Fi.

The name Wi-Fi is derived from Hi-Fi, which is a music term that means to produce a high-quality sound.

The name Wi-Fi was chosen because it was easy to remember for consumers, unlike remembering 802.11 standards.

The above generations have high backward compatibility, and the generation number can be displayed on the user interface of a Wi-Fi device.

The History of Wi-Fi

It was the first Wi-Fi standard released in 1997 and clarified in 1999. At this time, it had not yet been named Wi-Fi, so it went by 802.11. The clarification was necessary as it had ambiguous definitions that led to inconsistent interoperability among vendors.

The available bands were also already in use by other devices such as microwaves. Therefore, manufacturers had to develop equipment that could work with the least signal interference. To achieve this, manufacturers used various techniques that led to device incompatibility, which led to the 1999 clarification.

The standard was developed to not only transmit over radio frequencies but also over Infrared (IR) on devices with IR receivers.

This standard allowed a data transfer rate of 1 and 2Mb per second, which is nothing compared to today’s rates. Notably, this standard is now obsolete and is no longer in use.

The Evolution of Wi-Fi

This standard raised the theoretical throughput level to 11Mb/s on the 2.4GHz band. The increased bandwidth and reduced cost of production made this standard very popular.

Devices with this standard first appeared in the market in mid-1999. The Apple iBook computer also influenced the increased acceptance of the 802.11b standard because it was the first commercially available device with 802.11capabilities. 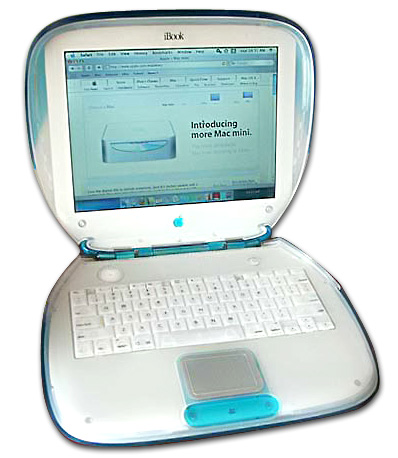 The standard, however, had issues with signal interference from other devices that also used the 2.4GHz frequency. The interference was due to the 20MHz channel width that would result in signal overlapping in areas with too many 2.4GHz devices such as cordless phones, baby monitors, and Bluetooth devices.

802.11a came around the same time as 802.11b, with OFDM as a major feature. It also worked on the 5GHz frequency band, reducing signal interference from 2.4GHz devices. The higher frequency meant a reduction in the signal range; however, using powerful antennas to boost the range can resolve the matter. Unfortunately, the antennas could extend the range only by a little bit.

This standard was approved in June 2003. It used the 2.4GHz channel and had OFDM features of 802.11a. 802.11g combined the best features of a and b standards to improve its functionality.

The standard also ensured devices were backward compatible with past standards, thus overcoming the low transmission rates due to using devices with different standards. The compatibility led to the emergence of dual and triple band 802.11 devices, i.e., devices with both 802.11a and b/g standards.

802.11g has a theoretical maximum speed of 54Mbps, but since it used the 2.4GHz frequency, it still faced signal interference from devices using the same frequency.

The standard was quickly adopted in January 2003, even before approval, because there was a demand for faster Wi-Fi speeds. The devices were also cheap compared to 802.11a devices; hence more people flocked to them.

This standard was ratified in March 2009, bringing exceptional changes that made Wi-Fi connectivity viable for commercial use. Interestingly, this standard’s production started seven years before its launch.

It tremendously improved signal quality thanks to the various new features.

Among the features was Multiple Input Multiple Output (MIMO) which entails a device using multiple transmitters and receivers to allow data travel over multiple paths signals simultaneously. Other improvements were made to the physical and MAC layer.

These amendments introduced new features to 802.11 like Wireless Access in Vehicular Environments (WAVE) and aspects of mesh networks.

This update was endorsed in December 2013 and exclusively used the 5GHz band. It did not introduce a lot of new features. Instead, it facilitated better speeds by increasing the limits of 802.11n.

Some of the altered limits included wider channels on the 5GHz band. The standard had 80 or 160MHz channels, unlike 802.11n, which had 40MHz channels.

Other features that make 802.11ac unique and fast include beam forming and Multiple User-MIMO (MU-MIMO).

The additional features made it possible to achieve Gigabyte speeds of 3.5Gbps.

The Alliance formulated the standard to maintain optimal signal levels in congested environments. It was also built to ensure compatibility with older standards and guarantee satisfactory speeds even on the lower frequency channels.

Note that Wi-Fi 6 is not configured only to be fast; it is also built to be reliable hence why it even serves a greater number of devices than Wi-Fi 5.

Wi-Fi has come a long way since its inception in 1997. The consistent developments have made it possible to achieve greater and more reliable internet speeds. Remember that this is a brief history; hence we could not highlight all the amazing developments. However, key developments have been covered to understand Wi-Fi evolution better.