One of the most common questions about Wi-Fi is whether we can use multiple extenders at the same time, as well as how many extenders we can connect to one router.

Read this article to the end and you will discover everything you need to know about connecting extenders to the router. We’ll explain what a Wi-Fi extender is used for, how many extenders are required for a stable Wi-Fi connection throughout your home, and how many extenders are allowed on a single router. We’ll also go over the most typical issues that arise while connecting numerous extenders, as well as some suggestions for resolving them. 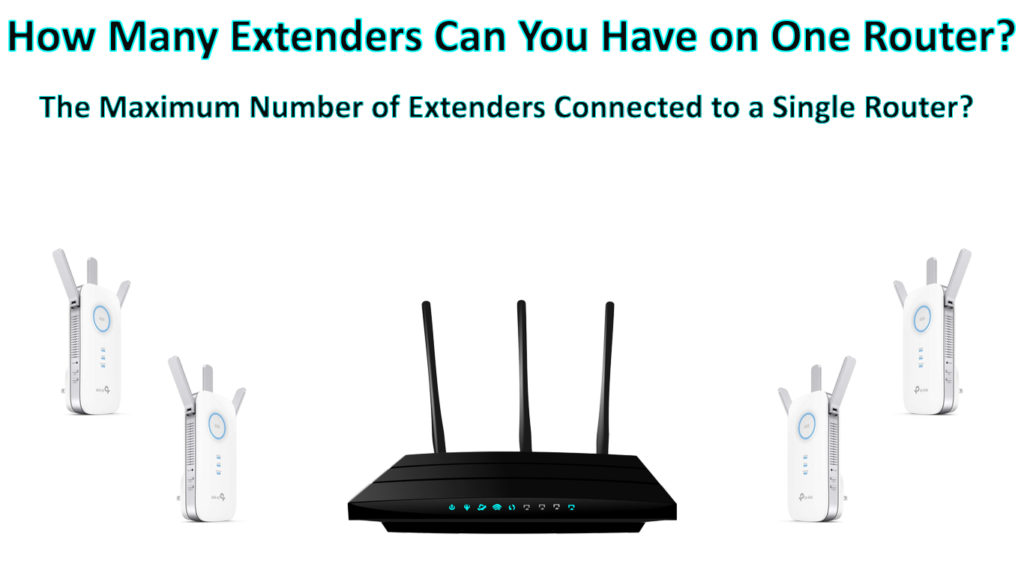 The Purpose of Using Extenders

If your router is not powerful enough to cover the entire home with a strong and stable Wi-Fi signal, or if you have furniture and walls in the house that block the Wi-Fi signal, one of the viable solutions is using Wi-Fi extenders. It’s worth noting that this is probably the cheapest solution to your problem.

The Wi-Fi signal from your router may not be strong enough to reach all corners of your home. Connecting multiple Wi-Fi extenders to the router could help expand your Wi-Fi signal and eliminate dead zones in this situation.

Using a Wi-Fi extender will boost the Wi-Fi signal and allow it to reach the devices that are outside of the router’s Wi-Fi range.

Can You Use Multiple Wi-Fi Extenders at Once?

You can use one, two, or three extenders, depending on your needs, but you should be aware that connecting several of them can cause interference and issues in some cases.

You can only get a longer range with an extender, so there’s no assurance that you’ll achieve a faster speed.

Depending on how much space you want to cover with a Wi-Fi signal, you will choose a certain number of extenders. In case you are not satisfied with just one extender, you will take two or more but you must ensure that all extenders are connected to the router, never to each other. Daisy chaining extenders could have a huge negative effect on your Wi-Fi connection. 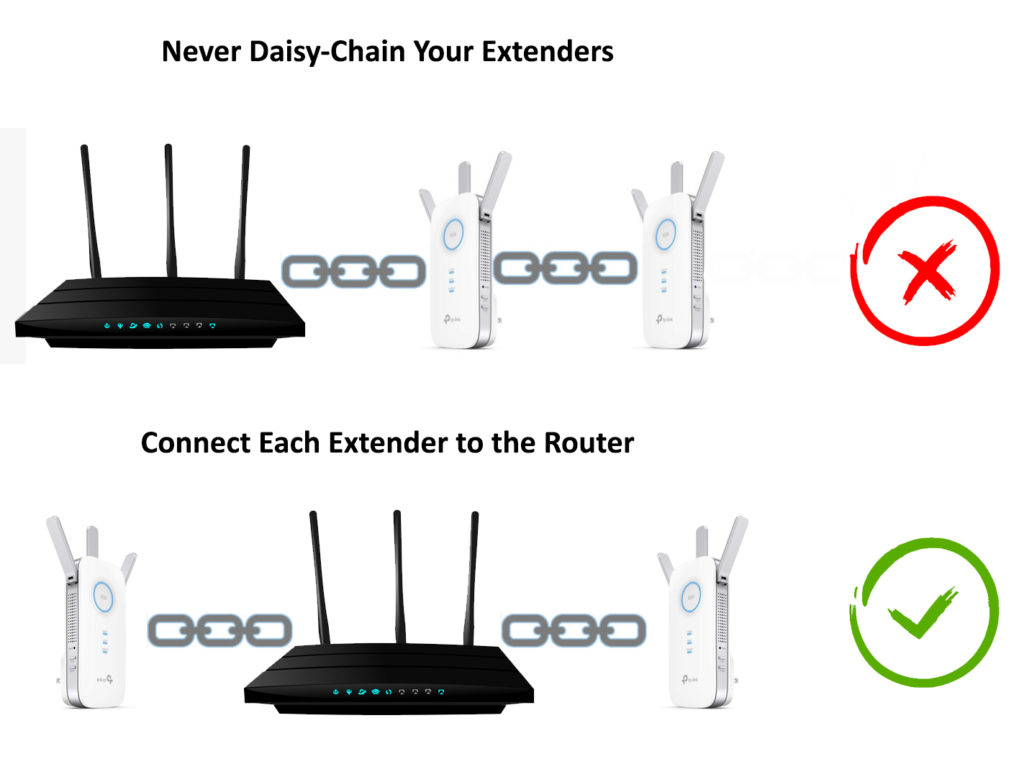 How Many Extenders Are Allowed on a Single Router?

In addition to the fact that the number of extenders connected to the router depends on your needs and preferences, you should know something more.

When connecting extenders to the router you must strictly take care of the following things:

The extenders connect to the main router via a Wi-Fi network. For this reason, the data is transmitted twice so extenders have half of the data transfer capacity of a router. If we connect the next extender to the first one, it would have a quarter of the data transfer capacity of the router. For example, if a router can deliver 200 Mbps, the first extender connected to this router will deliver 100 Mbps max. The next extender, if connected to the first extender will deliver less than 50 Mbps.

What Is the Ideal Distance Between Wi-Fi Extenders and a Router?

People often try to set up the extenders without knowing anything about the optimal placement. Placing the extender too far away from the main router will result in poor Wi-Fi signal strength or no Wi-Fi signal at all.

Some Wi-Fi extenders have placement indicators (LED lights) that certainly help users find the appropriate place, but other extenders don’t have those indicators. That’s why it’s important to know a few things about optimal extender placement. 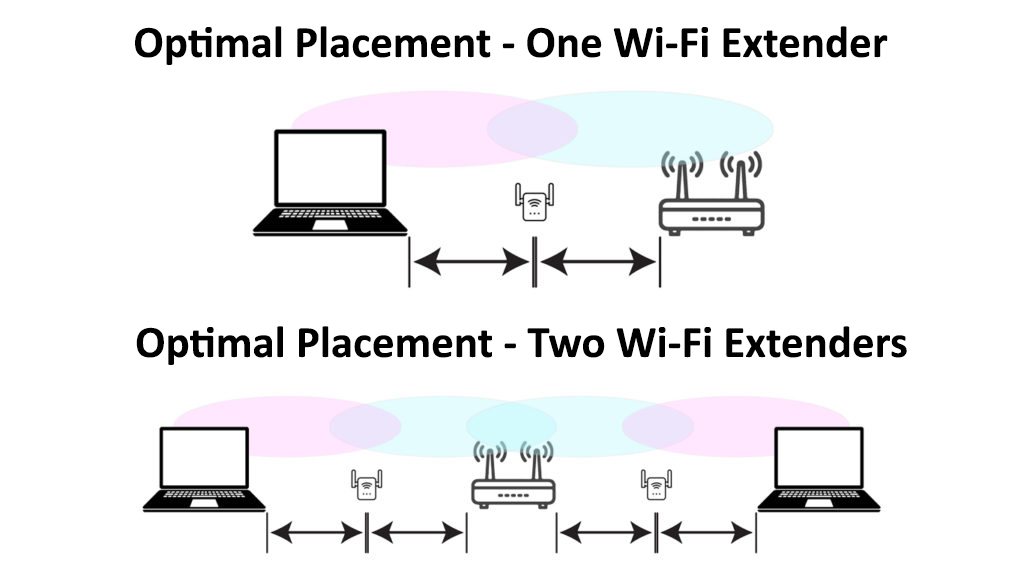 Theoretically, most home routers can handle up to 254 wireless devices. That’s the max number of IP addresses a router can assign to connected devices and it’s limited by the DHCP settings. However, that is definitely not the max number of extenders you can have on one router.

Having more than two could cause some issues. If you have to install more than two extenders, you should at least try not to use more than 4. Also do not connect the extenders wirelessly to each other but only to the router.

Connecting the extender to the router works like a new network. If you go as far as possible from the router and move to the area where the extender is, then your device will be disconnected from one network and then reconnected to the Wi-Fi signal broadcast by the extender.