Today, it’s almost impossible to live without Wi-Fi. We’re online all the time and that’s why we always need a stronger Wi-Fi signal. The strength of the Wi-Fi signal depends on the location of the router. It is recommended that your computer be placed near a router, but that’s not always possible. You have probably noticed that, in some parts of the house, your Wi-Fi signal is much weaker or even nonexistent. In that case, you need a Wi-Fi extender.

Read this article until the end, and you will learn a few important things about the placement and installation of a Wi-Fi extender. We will explain the purpose of a Wi-Fi extender, discuss how many Wi-Fi extenders is necessary for a good setup, and how many extenders you can connect to a single router. We will also list the most common issues you may experience when connecting multiple extenders and give a few tips on how to solve those issues. 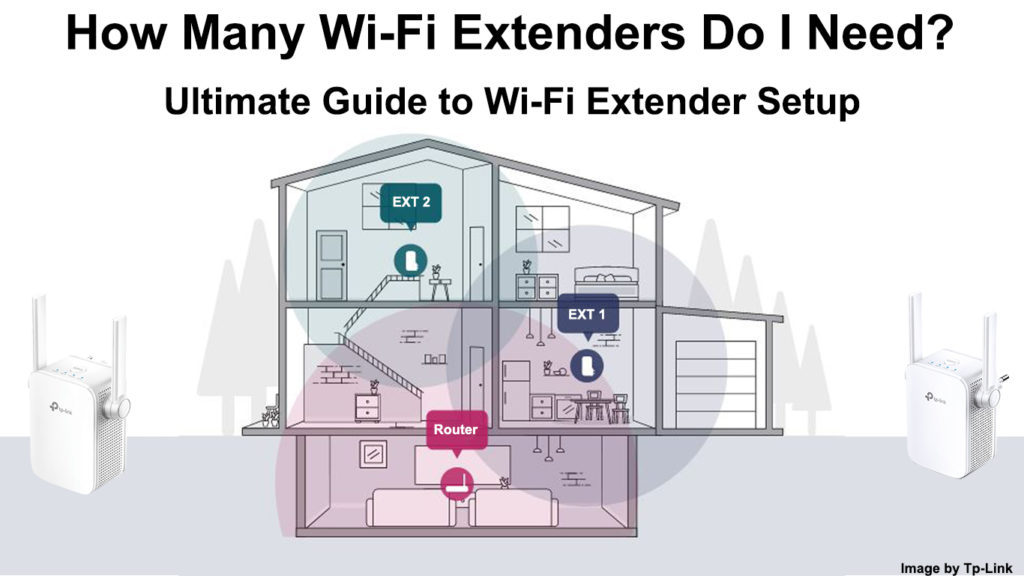 What Is a Wi-Fi Extender?

Wi-Fi extenders are independent devices that are placed between the wireless router and the area where you want to improve wireless coverage. They work by capturing Wi-Fi signals from the router and then transmitting them again.

Wi-Fi routers have a max Wi-Fi range of around 150 feet in space. It is best to place the router in the middle of the house so that the Wi-Fi signal can cover both – the floor above and the floor below. However, if you live in a really big house, you may not get good coverage in every corner of your home or your yard.

The Wi-Fi signal coming from your router may not be able to reach the farthest corners and those corners will become the so-called Wi-Fi dead zones. In this case, multiple Wi-Fi extenders can boost your Wi-Fi signal and solve the problem with dead zones.

Is Having Two Wi-Fi Extenders a Bad Idea?

Having two Wi-Fi extenders isn’t hurtful, and it might be valuable if you have more than one dead zone.

When installing two Wi-Fi extenders, keep in mind that you connect them to two different Wi-Fi channels. That is the first important thing you need to remember. The reason why you should not use one Wi-Fi channel for two extenders is possible interference.

Another thing to keep in mind while using two Wi-Fi extenders is that the SSIDs for the original router and for the Wi-Fi extenders must be different. In case you only have one extender, it is sometimes possible to have the same network name and password for both – the router and the extender.

However, if you plan on having two extenders, having the same SSIDs for both extenders and for the router could cause some difficulties. In such a case, extenders would connect to each other and not to the router, and then the internet connection would be lost.

If you’re going to use Ethernet cables to connect Wi-Fi extenders to the router (and use them as access points), then you won’t have any problems with SSID and password.

Can You Daisy-Chain Wi-Fi Extenders?

When using two or more Wi-Fi extenders there is an option to chain them. This means that the first extender connects to the router, and the next connects to the first extender. However, daisy-chaining Wi-Fi extenders is a very bad idea. Although you may think this would be great for expanding your Wi-Fi network, it will definitely cause some issues.

In such a situation, the speed will be reduced and the overall performance of the network will be poorer. The signal that comes to the device connected to the second extender would have to go through all the extenders and the router, so the overall performance of the network would be worse – you will get a poorer connection and much slower speeds.

How Many Wi-Fi Extenders Do I Need?

The number of Wi-Fi extenders needed for your home depends on a few factors.

First of all, you need to look at the size and architecture of your home and try to improve your current Wi-Fi situation. You could try moving your router or moving your equipment closer to the router.

If that’s not an option, then check your home for dead zones and zones with a weak signal. The number of dead zones will dictate the number of Wi-Fi extenders – in most cases, you will need two or three.

Another factor that determines the number of necessary wi-fi extenders is their strength. There are different types of Wi-Fi extenders with different range restrictions.

If you don’t need a very strong Wi-Fi signal, you can get a weaker Wi-Fi extender with up to 800 ft2 coverage, while the strongest Wi-Fi extenders can cover up to 2,000 ft2.

Is There a Maximum Number of Extenders I Can Connect to One Router?

Yes, you can only connect a certain number of extenders. Theoretically, that number equals the number of devices that can connect to your router. But that’s just theoretically.

In practice, having three or four is possible but you may experience some performance issues, mostly because of the interference.

The safest option is to use one extender or two extenders on the opposite sides of your home.

Placement of a Wi-Fi Extender?

To ensure a strong and consistent signal, it is best to install the Wi-Fi extender midway between the Wi-Fi router and the dead zone. 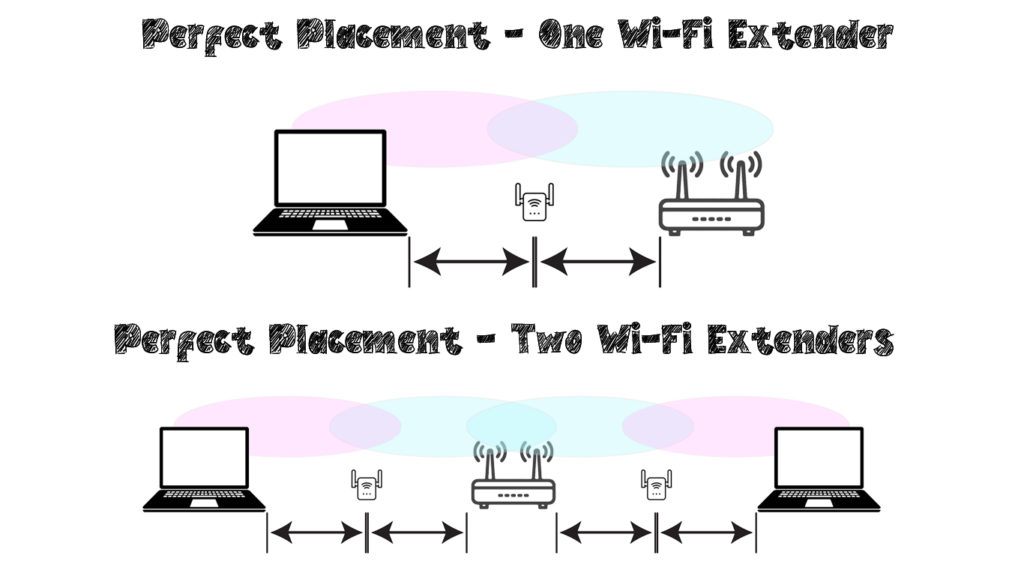 Although you can use multiple extenders to cover the required area, you must pay attention to their placement and avoid any unnecessary Wi-Fi interference.

If you need more than one Wi-Fi extender, a mesh network may be a better option.

When using an extender, while moving away from the router you have to disconnect from the primary network and then connect to the extended network. A mesh network functions as one huge network, and you have no idea when your devices are switching from one signal to another.