Apple is known for its innovative gadgets that adequately meet users’ needs. The products are also built to work best in an ecosystem with other Apple products. Hence, to use your iPad to make Wi-Fi calls, you need an iPhone, and certain settings enabled on both devices. Interestingly, this condition applies to Wi-Fi + cellular iPads since they are built to use cellular data but cannot make voice calls without an internet connection.

This article explains how you can use your iPad to make a phone call through Wi-Fi and the features that make that possible. 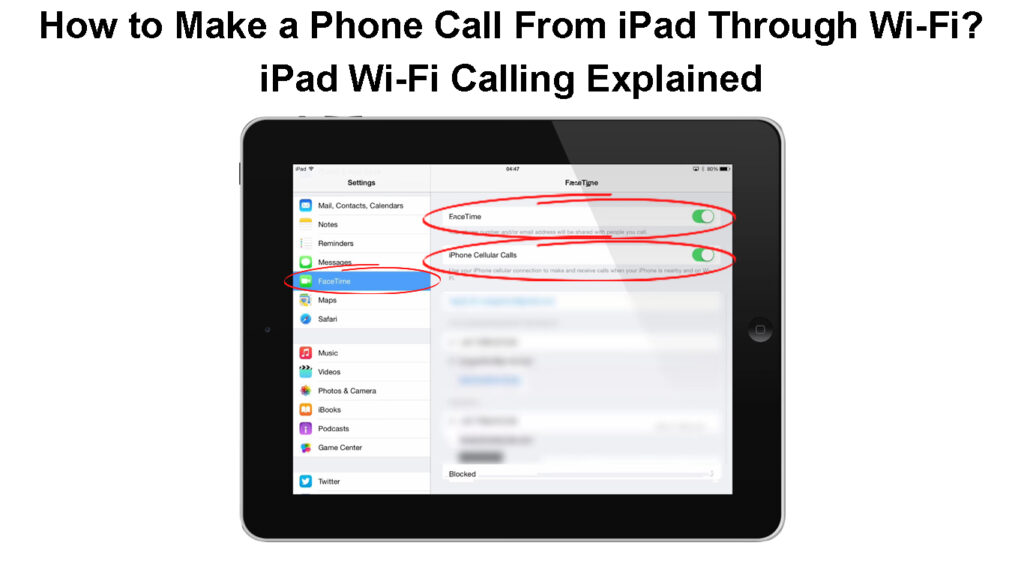 What is Wi-Fi Calling?

When activated, Wi-Fi calling will also allow you to make calls from your other Apple products, like a Mac, iPad, or an Apple watch, as long as they meet the necessary system requirements.

However, not all carriers have support for Wi-Fi calling, and some might charge you more to use the feature. Therefore, use Apple’s directory of cell providers worldwide to find out if yours supports Wi-Fi calling before activating the feature.

With Wi-Fi calling, you can make calls from the iPad even when the iPhone is off or not nearby, unlike the continuity feature that requires both devices to be on the same network.

Apple devices also have a continuity feature that works with iCloud accounts sharing an Apple ID. The feature allows people to begin a task on one Apple device and then complete or continue the task on another Apple device.

For instance, you could copy a text from a document on an iPhone and paste it to another document on a Mac as long as both devices meet Apple’s continuity system requirements. Alternatively, you could use the iPhone’s camera as a webcam for your Mac.

The feature also allows you to make calls from your iPad as long as the iPhone is set to Allow Calls on Other Devices.

What Are the Requirements to Make a Call from an iPad Through Wi-Fi?

As you would expect, a few requirements must be met before you can make calls from your iPad. Since iPads do not support normal cellular calls as phones do, you need an internet connection and a few other settings enabled on the iPad and iPhone.

The requirements necessary to make calls from your iPad through Wi-Fi are:

As stated, you have to enable Wi-Fi calling on the iPhone, and then link it to your iPad to use Wi-Fi to make calls on the iPad. This also applies to iPads that accept a sim card since they cannot complete phone calls without an internet connection.

Therefore, the first step should be enabling Wi-Fi calling on your iPhone. The steps below describe how you can do this.

The phone might then ask you to enter your address for emergencies. If so, enter your information, i.e., street address, city, state, and zip code, then tap Save. You can always update this information by navigating Settings > Phone > Wi-Fi Calling > Update Emergency Address.

At this point, you have enabled Wi-Fi calling on the iPhone; however, that is not all. You also need to add your iPad as one of the devices that can use the feature, hence why it is necessary to have an iPhone and both devices using the same Apple ID.

Allow Calls on Other Devices Through the iPhone

Once you ensure the iPad and iPhone use the same Apple ID add the iPad as one of the devices that can use the iPhone’s Wi-Fi calling feature.

You can do this by following the steps below: 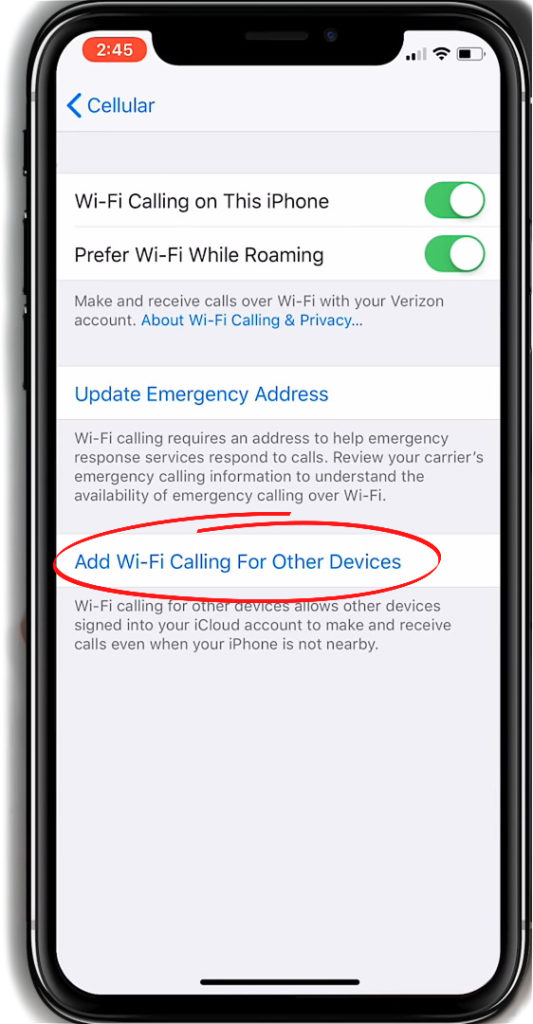 The next step is to update the settings on the iPad so that it can accept calls from the iPhone and make calls through Wi-Fi.

How to Allow Wi-Fi Calls on Other Devices

Set Up Facetime on the iPad and iPhone

Facetime is a free iOS app that allows Apple users to stay in touch through video or audio calls. Therefore, the app will allow you to call other Apple product users over a Wi-Fi or cellular network.

The app automatically registers your phone number for iPhone users. Still, you can manually do it by going to Settings > FaceTime and turning it on or by opening the Facetime App and then signing in with your Apple ID.

Setting Up Facetime on iOS

The next step is to set up Facetime on the iPad, and you can do this using the following steps:

Make Calls on iPad over Wi-Fi

You can also make calls from the Contacts, Messages, Calendar, Search apps, or phone numbers you might see on Safari by tapping the audio/video call icons.

You can also use WhatsApp web or similar platforms that employ VoIP to call contacts without Apple IDs from the iPad.

Making a Phone Call from iPad Over Wi-Fi

Why Do iPads Not Support Normal Voice Calls?

Unfortunately, iPads are not equipped with the necessary hardware to support normal voice calls that do not require an internet connection.

It is unclear why this is so, but many speculate that it is done to make people purchase more Apple products. Others suggest that Apple does not want iPad users looking ridiculous with a giant gadget covering their faces when calling.

The bottom line is that you need an iPhone, which should share an Apple ID with the iPad.

You can make phone calls on iPad over Wi-Fi as long as you have an iPhone and meet the necessary system requirements. The two Apple features that make this possible are Wi-Fi calling and the continuity feature. However, iPad users can also rely on platforms (apps or websites) that offer VoIP services to make calls over Wi-Fi to other non-Apple users.

Always check whether your cell service provider charges for VoIP services before using the service. Also, note that Facetime is unavailable in some regions, and you can always try different solutions if Wi-Fi calling is not working.