Netgear support won’t provide much help with this issue, so you’re pretty much left to figure out the solution on your own.

In this article, we’ll cover all known causes for this problem, as well as possible solutions.

What Can Stop the Netgear Router From Connecting to the Internet?

Setting up, connecting, and using Netgear wireless adapters should be pretty straightforward. However, in more than a few cases, one or more ingredients required for your positive user experience can be lacking. 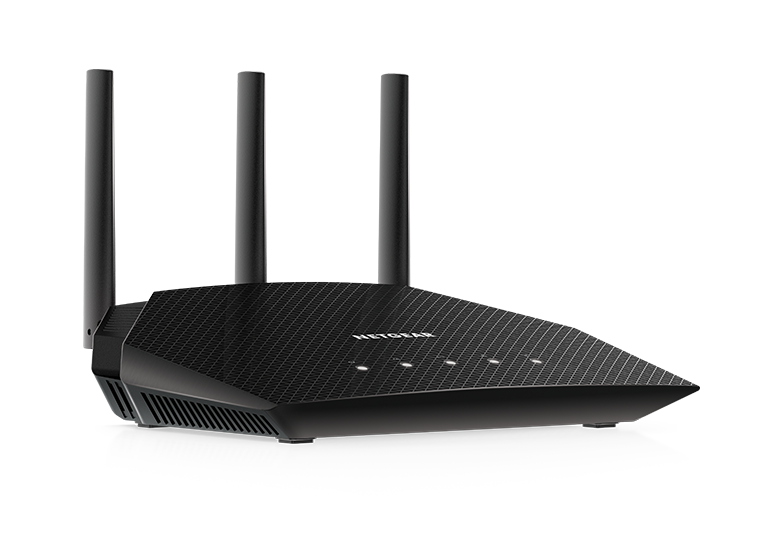 You should plug the adapter into the USB port, download and install the latest drivers from the Netgear website, create a Wireless network with the router, and that is it. And just like that, we listed pretty much all potential points of failure. Let’s explore them a bit more.

There Could Be  Something Wrong with the Computer You’re Using

To be more precise, there could be something wrong with the USB port you’re trying to use or with the Windows settings. Either will fail to connect and frustration.

There Could Be Something Wrong with the Netgear Wireless Adapter

If it’s an older model that served you for several years and suddenly stopped working, it could be that your wireless network adapter simply died. If it’s a new one, out of the box, that is far less likely. However, you could be using outdated drivers, thus turning your Netgear wireless adapter into a small sculpture of industrial design without actual use.

There Could Be Something Wrong with the Router

The last link in the chain is the router. Many home routers develop some quirks over time. The simplest solution to get things back in order is to power cycle the router. Still, even that won’t be enough to fix the problem in some cases.

How do You Fix the Problem With the Netgear Wireless Adapter Not Connecting to the Internet?

Now that we listed possible failure points and reasons for your Netgear wireless adapter connectivity problems, let’s see what you can do to troubleshoot and eliminate them.

But, before you do any of these steps, make sure that you have an internet connection to your home by connecting any other device to the internet.

Also, uninstall the VPN client if you’re using one and temporarily disable any antivirus and firewall. Test if the wireless adapter can connect to the internet. If not, proceed with the steps below.

Step No 1. Eliminate the PC and Windows Settings as the Possible Cause of Connectivity Problem

Like we mentioned earlier, your Netgear wireless adapter could be working just fine. Still, the problem with the PC or the operating system could be preventing it from connecting to the internet. To rule out the PC as a possible source of the problem, you can do the following.

Try Using the Wireless Adapter With a Different Device

It would be great if you could use a different device to test the wireless adapter. The setup process is pretty quick and simple. Just make sure to go to NETGEAR Support and download the latest drivers. If the wireless adapter works on another computer, you will know that you have a problem with your PC.

In case you can’t try a wireless adapter on a different device, or you already tried it, and it works, try changing the USB port you’re using. It’s not so rare to have a broken USB port on a computer. If you have more than two, try them all, one by one. You may be surprised that the simple switch to a different USB port fixes the problem.

Windows network troubleshooter is pretty good nowadays. You should give it a try and see what it says and go from there if it detects any problems.


Select the network you created for the wireless adapter, right-click on it and select troubleshoot problems.

Note that the “no input…” error message means the adapter is dead.

If the troubleshooter doesn’t give you any arrow message, try deleting a current network and creating one from scratch.

A couple of things can go wrong, depending on the version of Windows and updates you’ve installed. Many users reported their Netgear wireless adapters started acting up after the windows update.

To avoid having any troubles, go to NETGEAR Support, find your wireless adapter model, then download and install the latest version of the drivers.

Lock the Netgear Wireless Adapter to One Frequency Range

Now, this is a problem that more and more users report about. You can connect to the network and go on the internet, but the adapter will drop the connection for no apparent reason, then switch to a different one a couple of seconds or a minute later. And this will repeat randomly.


It appears that the adapter freaks out when there are two networks with similar signal strength, especially if you’re using a dual-band adapter and trying to hook it up to a dual-band router. Similar can happen if you have access to two different routers with equal signal strength. The adapter is set up to connect to the strongest signal, and it can start acting up when it can’t make up its mind.

If you’re using a dual-band adapter, and it bounces back and forth between the 2,4 GHz and 5 GHz networks, you should lock it down to only one frequency, and that will solve the problem.

To find out how to do that, watch the video below.

Step No 2. Make Sure That Netgear Wireless Adapter Works Properly

If you haven’t already, now would be a good time to test the adapter on a different device and, preferably, on another network.

If you can connect to the router but not to the internet, you can try a few more things.

Step No 3. Power Cycle the Router

Routers can start acting up from time to time. To fix the problem, you should power cycle the router. You can do this by unplugging it from the power cord, counting to fifteen, then powering it back on. Power cycling the router is a common fix for many issues, and it usually works when you exhaust all other options.

You may experience the problem with Netgear wireless adapter not connecting to the internet for several reasons. If possible, try it on a different PC and a different network. If it doesn’t work anywhere, it’s probably gone. If it works on another PC, you’ll know that it’s not the problem with the adapter but with the PC, Windows, or router.

Uninstall VPN client, temporarily disable antivirus and firewall and try connecting from your PC one more time. If there is no change, change the USB port, create a new network connection, and download and install the latest drivers.


Some users have problems with dual-band adapters constantly switching between networks on dual-band routers. The adapter is trying to pick the best choice between the two networks with similar signal strength. To fix this, lock it to one network only.


If all this fails, try power cycling the router by unplugging it from power for fifteen seconds.