Are you looking for ways to maximize your Wi-Fi signal? By learning how to position your router’s antennas properly, you’ll be able to achieve the optimal internet connection throughout your home. Luckily, we’ve collected everything you need to know in one article, and we’re ready to share the best tips with you!

How Important is the Proper Placement of Wi-Fi Antennas?

Antennas are responsible for transmitting wireless signals. That is why it’s vital that you place them correctly in order to achieve the optimal signal strength. However, research has shown that the position of your transmitters won’t be important if you don’t put your router in an optimal place as well. 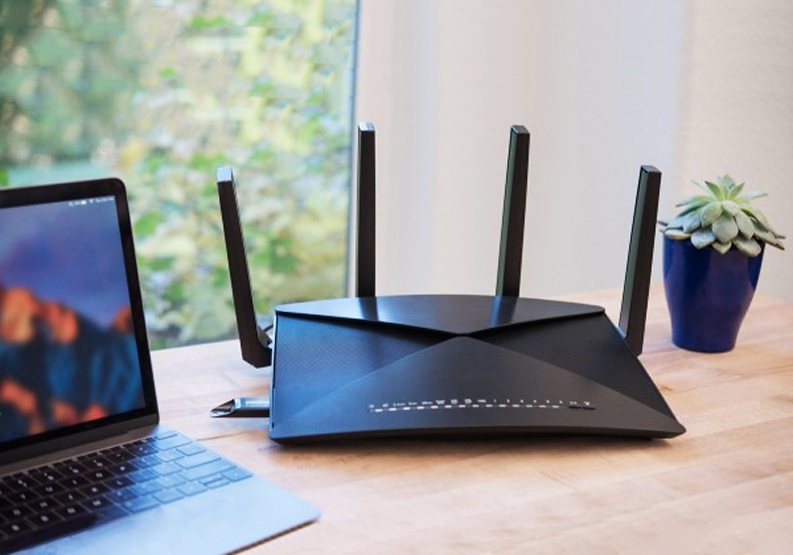 We’ve discussed the correct placement of a router many times before, so we won’t get too much into details on that one. But, what you should know is that it’s always best for the router to be in the middle of the room.

In addition, placing it at the center of the house will ensure that there aren’t any signal obstructions making your internet connection as strong as it can be.

As you’ll see in this article, there is no sole rule on positioning your antennas correctly. Their placement will depend on various aspects of your house. Hence, you should first look at their surroundings before deciding on their position. Here are some of the things to keep in mind:

Positioning Wi-Fi Antennas Depending on Their Number

1. You Have a Router with One Antenna

Routers with a single antenna have the ability to transmit waves in one horizontal plane. That is why most industry experts would recommend that you place it vertically. This means it should be straight up or down. Based on what most routers look like, your antenna will probably be straight up. 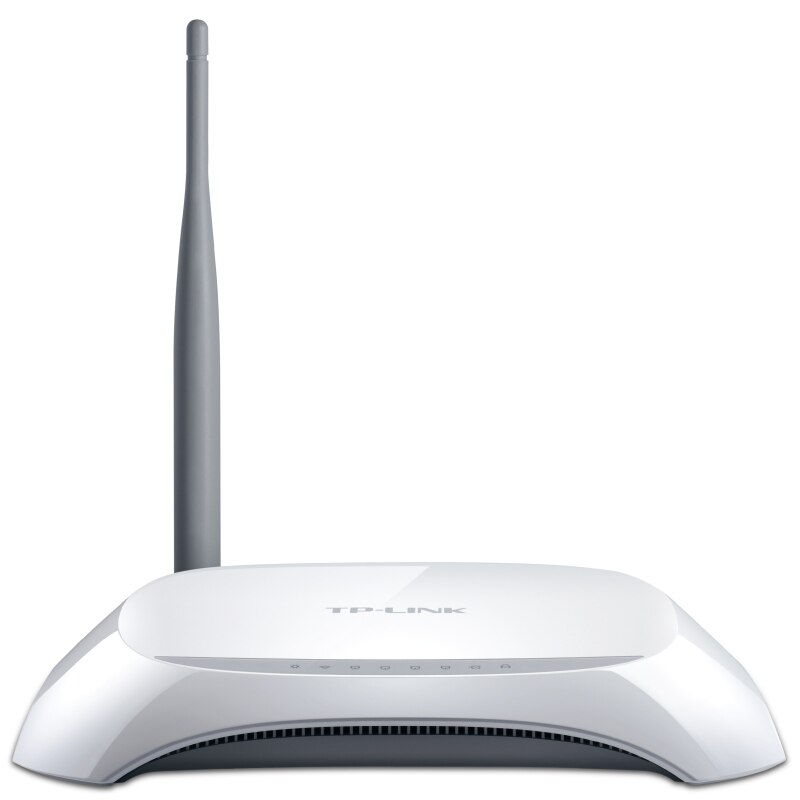 On the other hand, users have been reporting different results based on the position of their router. For instance, a horizontally polarized antenna emitted a better signal when it was mounted close to a ceiling.

On the other hand, the vertical one performed better when the router was near a wall. Thus, if positioning your antennas straight up doesn’t work, you should look at how your router was placed and then choose the optimal position.

2. For Users with a Router that Has Two Antennas

With only two antennas, your router will be able to transmit the signal throughout your home. That is why proper placement is necessary, as you’ll need to cover both the horizontal and vertical spaces of the house. To do that, you should place one antenna horizontally while the other one should be in an upright position. 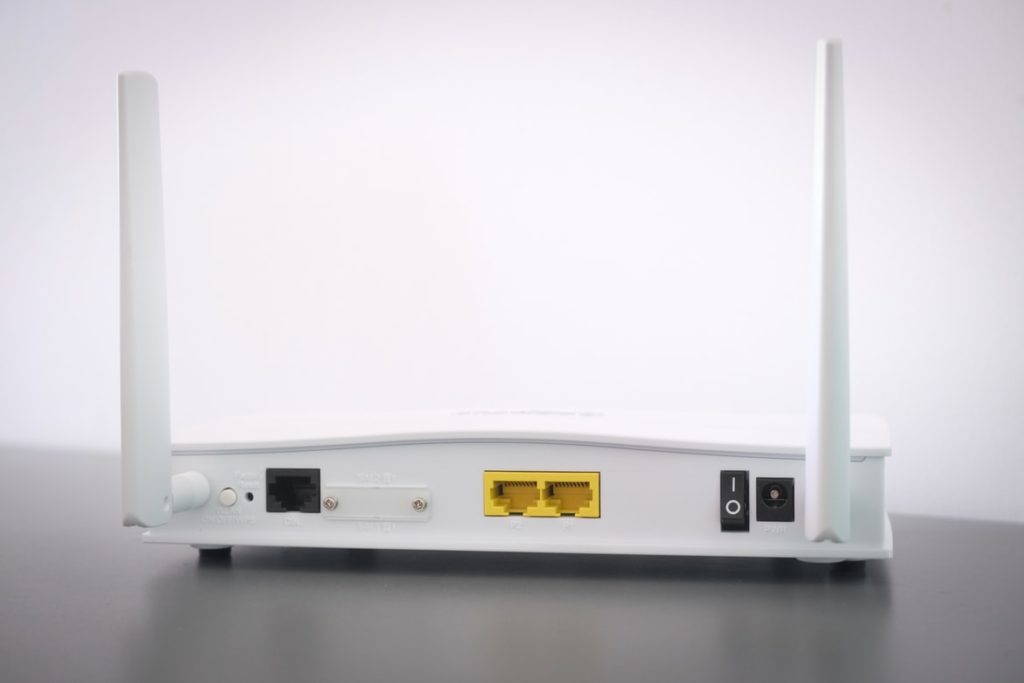 Instead of analyzing the placement and polarization of all of them, it’s much easier to position your antennas differently. That way, at least one of the antennas will be in a parallel match with a device it’s transmitting the signal to.

3. When Your Router Has Three Antennas

Now we’re getting to more advanced placement options. For routers with three antennas, the optimal placement will depend on the router’s position. You should look at the open spaces around your device and position the antennas accordingly.

That means that the placement of the router and antennas should always be done to make the most of the open space in order to maximize the signal strength. 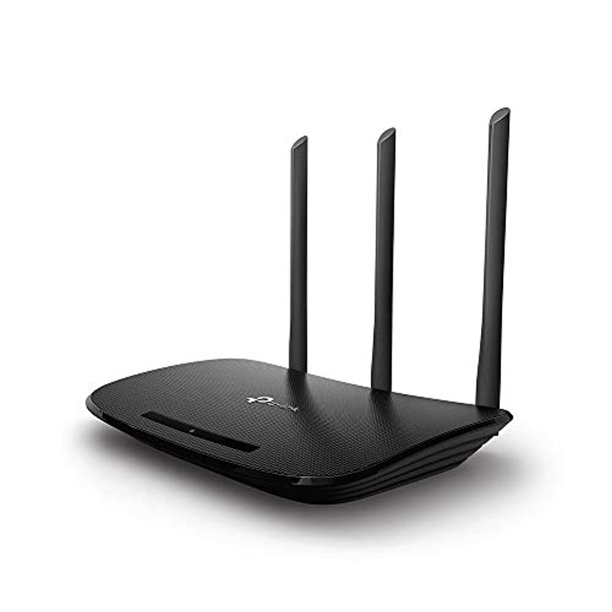 For instance, let’s say there’s an open space around your router and the wall on one side. If you place the router next to that wall, the antennas should point at a 90-degree angle to the wall and face the open space in front of them.

In case your router is in the middle of your room, and there aren’t any large pieces of furniture or walls around them, your placement should be a bit different. It’s best to put one antenna vertically and the other two at a 45-degree angle, aiming outward.

4. For Routers with Four or More Antennas

In most cases, the placement of this type of router will be similar to how you would position the one with three antennas. Thus, two center ones should be vertical while the other two, which are on the sides of the router, should be positioned outward and at a 45-degree angle.

However, as we mentioned, a vital aspect to keep in mind is the surroundings of the router. That means your side antennas should be at a 90-degree angle to the wall or any larger object around them. 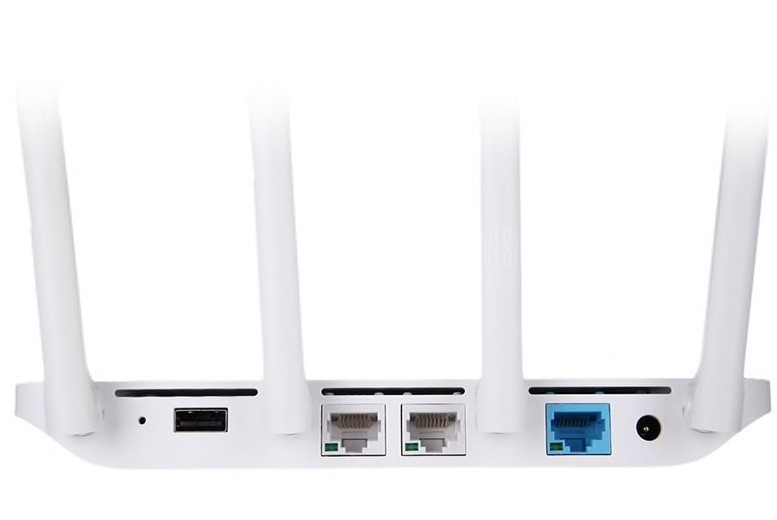 The exceptions to these rules exist in larger houses and irregularly shaped spaces. For example, if your house is narrow and tall, your antennas should almost always be in a sideways position. That way, you’ll ensure that there is Wi-Fi coverage all the way to the tallest point of your house.

On the other hand, those who live in an apartment or a one-story house should place their antennas vertically. By doing that, you’ll help your router to achieve a bigger horizontal reach.

If you’ve made it to the end of the article, you now know how to position your Wi-Fi antennas to achieve the optimal signal strength! We made sure to keep our guide simple and to the point. Are you still experiencing issues with your connection? You should try moving your antennas around to check what placement is the best for your house.

See you in the next one!