In an era when many IT giants race to produce countless sophisticated electronic gadgets such as smartphones, laptops, and tablets, Raspberry Pi came up with a simple single-board mini-computer that can fit in your palm. With basic computer components, it’s an affordable option for many people.

People of all ages can simply plug the capable credit-card-size computer board into a monitor, TV, or whatever display unit they like. It can run most basic applications and easily connects to the internet. But sometimes, things can get wrong and you may experience issues when trying to connect your Raspberry Pi to the internet. What does it mean when your Raspberry Pi is connected to Wi-Fi but there’s no internet?

And what to do to solve the problem? Here are some easy fixes you could try doing. 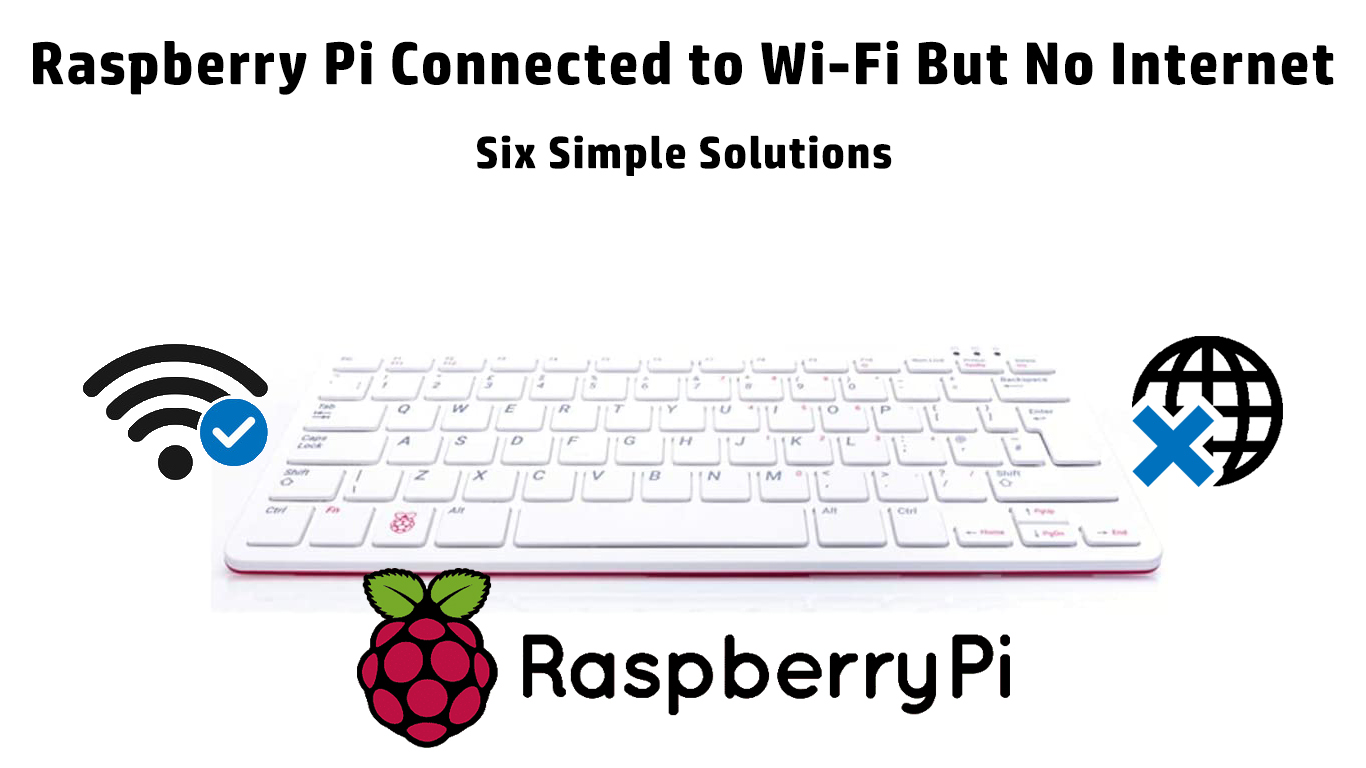 Virtually everyone on the planet uses the internet; even a three-year-old child can tap and swipe on the gadget screen with no sweat. So, you don’t have to be an IT geek to use the internet. However, it’s good for you to know a few things about the basic operation of internet equipment such as modems, routers, cables, and the various ports.

If you know how your devices work, then you’d understand why a Wi-Fi connection doesn’t mean that you automatically have internet access. If a device, like your Raspberry Pi, connects to your Wi-Fi network, that just means that your router broadcasts a wireless signal, but it doesn’t mean that your router receives the internet signal from the modem. In other words, you may be getting an “empty” Wi-Fi signal.

When your Raspberry Pi is connected to Wi-Fi without internet access, then you can try linking other devices to the same Wi-Fi and see if you can get online. If it still doesn’t work, there’s obviously something wrong with your internet connection.

Checking it up with your ISP would be a smart move, but make sure you check all the cables and switches before dialing up for help. On the other hand, if it works on other devices, you can start the troubleshooting process on your Raspberry Pi to look for faults.

It may look like you need to do a major fix to get the router back to work, but it’s not always like that. Sometimes, you can fix the problem by doing the simplest, most obvious things. Leaving the router on continuously for an extended period, like months, can develop some bugs that stop it from working.

You have to switch off the router and turn it back on again after a few seconds. Then reconnect your Raspberry Pi to the network. If there were bugs, the reboot should get rid of them, and you should quickly get an internet connection with your Raspberry Pi.

If the reboot doesn’t help, there might be some other problems. But most of the time, the problems lie in the router. During the installation process, you’d most likely change some router settings to suit specific needs, such as bandwidth limits, traffic controls, or device controls.

Another easy fix is resetting the router back to its default settings. It will clear all the settings you already established earlier, including the possible problematic setting that caused the internet connection problem.

On the other hand, going back to default settings would mean that you have to readjust some settings such as password, encryption, guest network, and parental controls. But for many people, getting an internet connection back would be more important than having the convenience of a specific setting.

Using a VPN while on a local public Wi-Fi network proves to be a wise move. A VPN encrypts your online traffic, and you can be pretty safe from unscrupulous hackers. However, you can get occasional hiccups like sudden disconnection.

It could be an automatic reaction triggered by the VPN’s built-in security mechanism to disconnect your device from the internet every time the VPN server goes down.

A simple way to fix this issue is to disable or exit VPN on your device. Try to reconnect after a few moments. If the VPN is causing the problem, once you disable it, you should be able to get online with your Raspberry Pi again.

Change to a New DNS Server

Sometimes, the cause of the problem can be the wrong DNS configuration. You can fix the problem by setting up a new DNS server. At the same time, there is no guarantee that it will work, but it’s worth trying when other fixes don’t work.

Get a Stable Power Supply

In some cases, connection problems with Raspberry Pi come from the power supply. In addition, a weak or fluctuating power supply can also result in connection loss. You should avoid using a lengthy or unsuitable USB cable.

When it happens, all you have to do is unplug the existing power cable and replace it with an appropriate cable. Moreover, additional USB connections to multiple peripheral devices and accessories could also lead to power fluctuations. Changing to a robust power supply will let you enjoy a stable internet connection to your Raspberry Pi.

Raspberry Pi is an affordable solution for many people who don’t want to break the bank to get an online device. But it’s not uncommon to have your cute little computer connected to Wi-Fi without internet access. You might think it could be due to the Raspberry Pi’s cheap design, but it can happen to any other device as well.

With most problems coming from the router, fixing the faults doesn’t always require advanced technical knowledge. Checking for loose connections, faulty switches, rebooting, or restarting should get the router back on track. If the most basic fixes don’t work, a few other solutions we listed above should do the trick. If you still can’t get it to work, it’s probably time to call the experts.