With the emergence of powerful and equally fast routers, it is easy not to understand some settings. Most homes and offices rely on wireless internet connections to send and receive data. As a result of the growing online presence of most people, there is a need to understand what each router setting does and its importance.

Therefore, read on as we look into SSID isolation and what it entails. By the time you are done reading, you will be able to determine if you really need the setting. 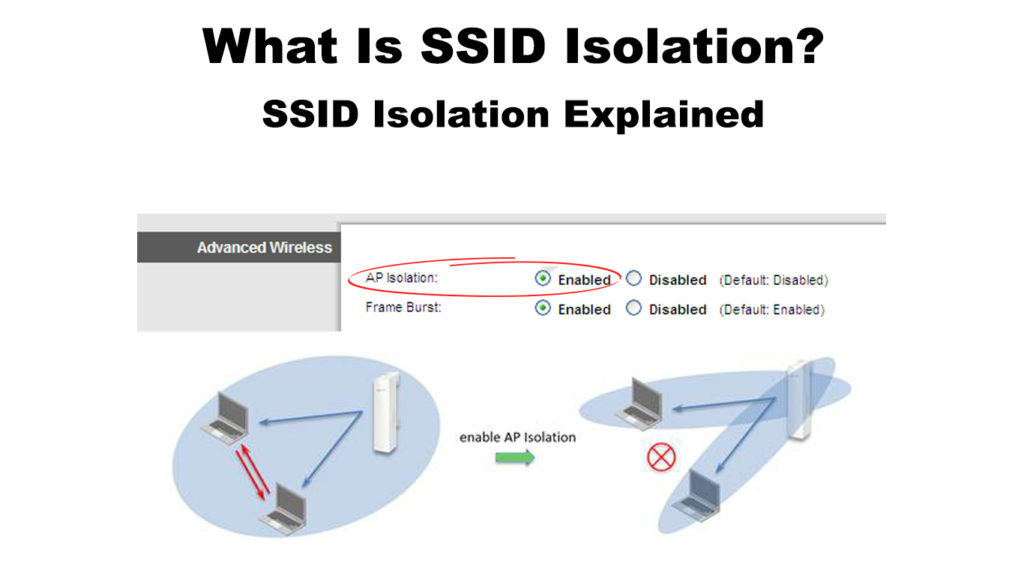 What Is an SSID?

Primarily SSID is a wireless connection term that relates to wirelessly connected devices to a network under a similar network name.

A Service Set Identifier (SSID) refers to the name given to a network’s wireless broadcast. SSIDs usually comprise a maximum of 32 bits written in characters familiar to many people.

Notably, the characters of an SSID can be alphanumeric and also case-sensitive. Hence the SSID TOM’S WIFI is not the same as Tom’s Wi-Fi.

To connect to a wireless network, you need its SSID and password. Remember that a wireless connection (WLAN) comes from a wired connection LAN.

In this context, a Wireless Local Area Network (WLAN) is a connection of various devices over Wi-Fi in a particular area.

On the other hand, the ethernet  Local Area Network (LAN) connection turns to a wireless connection with the help of a router or access point.

These routers or access points then broadcast SSIDs that make it easier to connect to the correct network. Most manufacturers give the company’s name as the default SSID and Admin as the default password.

Changing the default SSID and password is advisable to ensure your network is more secure.

When you decide to extend a wireless connection using an access point, the point will broadcast an Extended Service Set Identification number (ESSID).

However, the 802.11 standards do not recognize such a phenomenon; therefore, we refer to the extended wireless broadcast as an SSID.

What Is SSID Isolation?

SSID isolation is a common setting on many routers. It can be confusing to many as it is not easy to deduce what the setting entails.

When activated, SSID isolation prevents computers connecting wirelessly to a network from accessing or communicating with devices on the same network.

Some devices classify SSID isolation and client isolation as two different features, while others regard them as a single setting.

In instances where the two are regarded as separate settings, client isolation is considered a feature that prevents computers or devices connecting to the same SSID from communicating.

Comparatively, SSID isolation is regarded as the feature that prevents devices connecting to different SSIDs but on the same network from communicating.

How Does SSID Isolation Work?

SSID isolation works in a very easy-to-understand principle. It ensures that devices that share a wireless connection each have their virtual network, thus preventing information from going across devices.

What Is the Importance of SSID Isolation?

By this point, we can deduce that SSID isolation is a security feature for routers. When it prevents devices connected to your router from communicating, it ensures that no malicious data is shared between devices.

SSID isolation will ensure that if a device has a virus, the virus stays on that device and does not transfer to other clients just because they share a connection.

The feature protects against viruses, trojans, and online attacks such as Man-in-the-middle attacks.

However, if you enable SSID isolation, you will not be able to share files between devices on the network unless the information goes through the internet. Therefore, you could share files via email or other internet platforms that facilitate file sharing.

Notably, the feature is not enabled by default as it causes devices on the network to be invisible to each other, thus limiting some functions. For example, if enabled, you will not be able to access your Wi-Fi cameras or printers via your network connection.

It is up to you to decide if you want to enable the feature or not. That is, depending on what you intend to use the router for.

Hence, if you establish a public Wi-Fi hotspot, you must access the router settings and enable the feature to ensure ultimate security. It ensures the network’s security by providing another security layer apart from the one provided by a device’s operating system and a firewall.

You could also enable SSID isolation on your home network if many guest devices connect to your network daily.

However, if you have a Network Attached Storage device (NAS), it is advisable to disable SSID isolation as devices have to communicate and share files.

Using guest networks in the home environment is more advisable as it will not hinder communication between devices, and there is a lesser chance of malicious attacks.

You could ensure the connection is secure by using alternative options like a VPN or a reliable antivirus program.

Difference Between a Guest Network and SSID Isolation

The more we keep learning about SSID isolation, the more we notice it is like a guest network but with extra steps.

However, this is not the case; although they share some features, the two are slightly different.

A guest network is more flexible in terms of additional features. On a guest network, you can limit bandwidth, block devices using their MAC address, and even set time limits for the guest network availability.

On the other hand, SSID isolation only ensures that the devices do not communicate with each other while they share a connection.

Although, some routers allow you to activate SSID isolation on the guest network alone without affecting your primary or private network.

Also, few manufacturers might refer to guest networks as SSID isolation or AP isolation which is not entirely true.

How to Enable SSID Isolation

The steps to enable SSID isolation may vary depending on the router’s manufacturer. Therefore, consult your user manual or visit the manufacturer’s website for the specific steps you would have to follow to enable the feature.

Summarily, the feature is normally found under Advanced Settings. Remember that the setting can be under other names like client isolation, guest mode, and AP isolation. 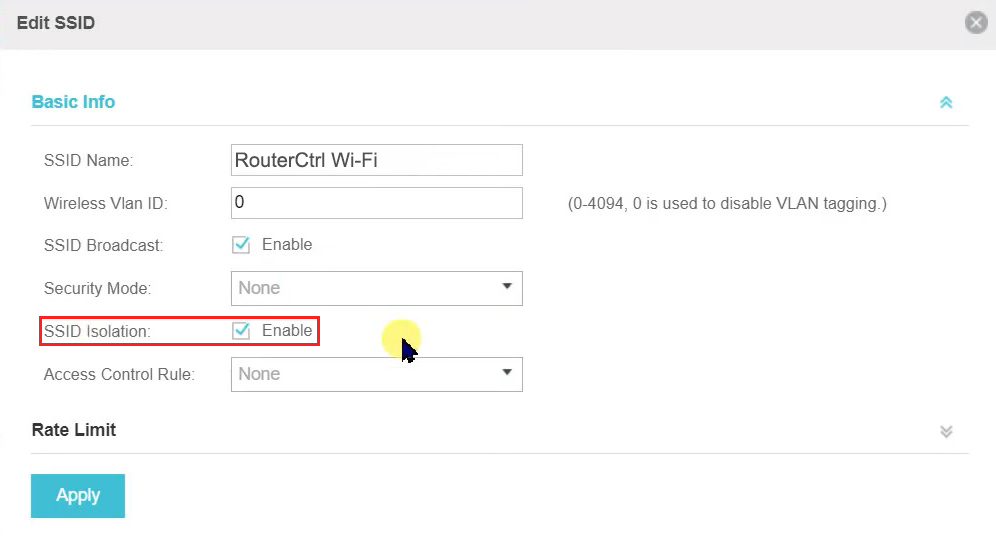 If your router is a cheap model that does not have the feature and you wish to have it, you could install the DD-WRT firmware on your router.

DD-WRT is an open-source firmware that equips routers with several additional features, including SSID isolation. You have to ensure that your router brand is on their support list, then download it for your router.

Alternatively, you could purchase a router with the firmware pre-installed to avoid cases of bricking your router or voiding the warranty. You could also buy a more capable router.

SSID isolation or AP isolation is an essential feature in routers that ensures your connection is secure. Ensuring devices connect to the internet only and not to each other limits the number of viruses and vulnerabilities that come with having an internet connection.

Should you look for the feature on your router and not find it, consult your router manufacturer for further assistance. The reason is that manufacturers have the setting under different names, or they could have alternatives to the settings that have the same purpose.

Also, before you enable the setting, ensure that it does not hinder other features on your router that you might need.