Wi-Fi technology has become an integral part of our personal and working lives. It allows us to stay connected and access information in real-time from the convenience of our phones and mobile devices.

What’s more, Wi-Fi is no longer a preserve for browsing the internet only. You can now use your wireless connection to place voice and video calls through Wi-Fi calling, a feature available on selected devices and network carriers.

If you are a Verizon subscriber, you’ve probably noticed the VZW Wi-Fi icon on top of your phone’s screen on the notification bar next to the network signal bars.

This icon might seem suspicious and out of place if you don’t know what it means or how it got there in the first place.

This post explains what VZW Wi-Fi is and how to activate or deactivate it on your iPhone and Android devices.

Keep reading to find out more! 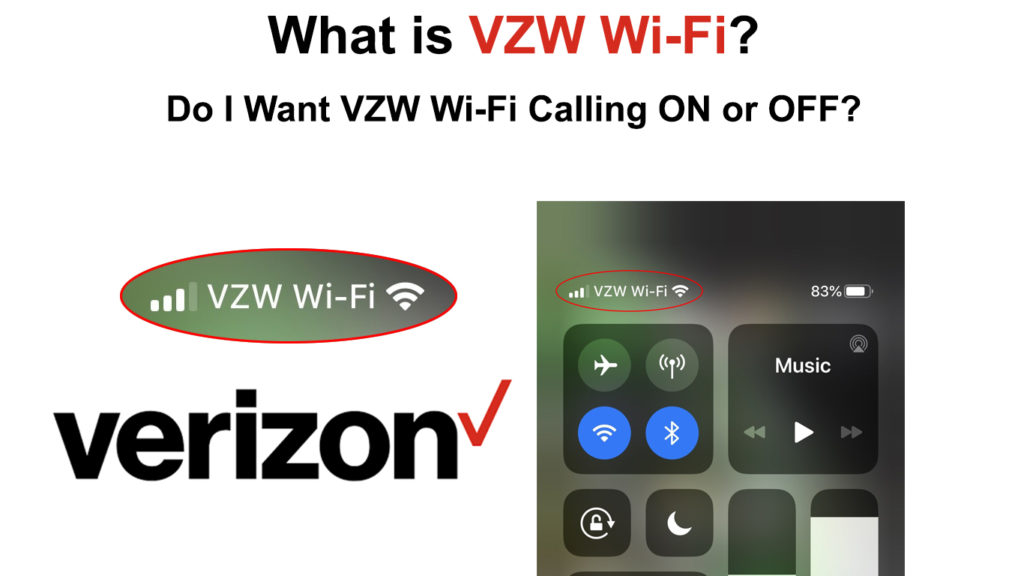 What Exactly is VZW Wi-Fi?

VZW Wi-Fi is a built-in Wi-Fi calling feature offered by Verizon, a wireless network operator, on their iPhones and Android devices.

This wireless calling feature lets you make and receive voice calls, video calls, and text messages over your Wi-Fi connection instead of your regular cellular network.

Since calls are over your Wi-Fi connection, VZW Wi-Fi does not count on your mobile phone’s data allowance.

The best part is that VZW Wi-Fi is free on the Verizon network except for international calls. Your Wi-Fi carrier might also charge an access fee to use this service.

You must be on the Verizon network to access VZW Wi-Fi, as it comes exclusively with the company’s smartphones and mobile devices.

Verizon’s latest devices come with this feature built into the device awaiting activation by the subscriber.

Verizon also allows new subscribers to bring their devices in order to activate the VZW Wi-Fi.

What Does VZW Wi-Fi Mean?

VZW Wi-Fi displayed on your smartphone or tablet means that Verizon’s Wi-Fi calling feature is currently active on your device.

Any voice calls you place or text messages you send from your smartphone will go through your Wi-Fi connection instead of Verizon’s cellular network.

VZW Wi-Fi is available to Verizon’s new and existing customers. Even though VZW Wi-Fi is free for local calls, you need to sign up for Verizon’s prepaid services and open a prepaid account to enjoy this service.

How Does VZW Wi-Fi Work?

It allows you to place and receive calls over your Wi-Fi network, especially in remote areas where Verizon has weak or no cellular network coverage.

It functions like most Voice over IP applications but uses your Wi-Fi connection instead of Verizon’s cellular data plan.

When placing a call, Verizon will transmit the cellular data packets over an internet connection to the recipient as Wi-Fi VoIP. The receiver won’t even notice anything different as the Wi-Fi call will appear as a regular call.

Nevertheless, the feature is not available on all devices, and for VZW Wi-Fi to work, your phone must support it.

The good news is that Verizon issues phones with VZW Wi-Fi to new and existing customers upon signing up for prepaid services.

As you know, not all iOS and Android devices support VZW Wi-Fi calling. Your smartphone must meet the following minimum requirements to activate and access this service:

How to Check If Your Device Supports VZW Wi-Fi?

VZW Wi-Fi calling is only available on Verizon’s smartphones and devices.

However, before you sign up for the service, you have to check if your smartphone supports it.

You can also check if your device supports VZW Wi-Fi using “How To” Simulators available on the Verizon website. These interactive simulators are visual guides explaining your phone’s functions.

How to Activate VZW Wi-Fi on Your iPhone or Android Device?

The VZW Wi-Fi calling feature is not active by default. As such, you have to turn it on to start placing calls over your wireless network.

Since VZW Wi-Fi only works when the HD Voice setting is enabled, you need to turn it on by following these steps:

How to Enable VZW Wi-Fi Calling on an iPhone

How to Make a Call with VZW Wi-Fi?

The VZW Wi-Fi calling feature lets you place calls or send text messages in areas where Verizon has weak or no network coverage but reliable Wi-Fi connectivity.

With VZW Wi-Fi calling activated, you can use your internet connection to contact your associates.

VZW Wi-Fi calling is not any different from making a regular call. You only need to enable the feature to start making calls.

Simply dial a phone number or search for a contact in your phonebook and tap the dial button to call via the VZW Wi-Fi calling feature.

How to Turn Off VZW Wi-Fi?

You may want to turn off VZW Wi-Fi if you are in an area that has a solid cellular network but poor Wi-Fi connectivity.

The process of deactivating the VZW Wi-Fi calling feature is equally fast and straightforward.

Turning Off VZW Wi-Fi on your Android:

Turning Off VZW Wi-Fi on your iPhone:

Recommended reading: What is EVDO? (Guide to EVDO Telecommunications Standard)

The charges apply, depending on the recipient’s location and your international long-distance calling plan.

Charges for calls and texts when abroad, outside the US, vary. All calls and texts to the US using VZW Wi-Fi are free, while calls to other countries are chargeable as per your international calling plan. 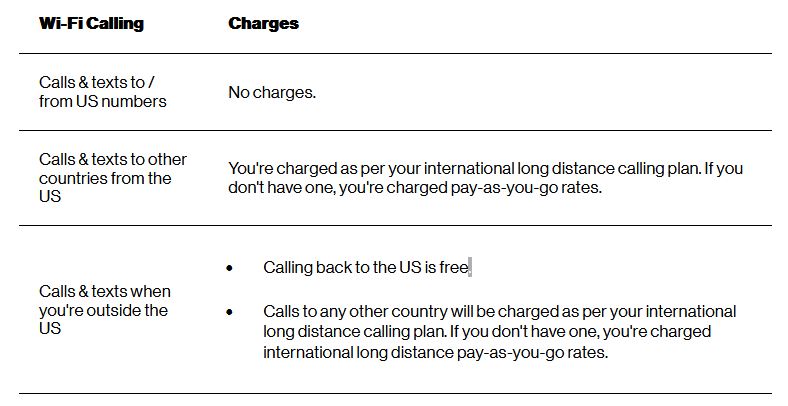 Moreover, the telco ensures your voice data passes through high-end encryption before transmitting the data packets over secure wireless networks to the recipient.

VZW Wi-Fi calling comes built into your device, making it easy to set up. You only need to activate it to start making free calls over your Wi-Fi connection.

VZW Wi-Fi supports free calls within the US. Calls from outside the country to US numbers are also free.

The VZW Wi-Fi calling features comes in handy in areas with poor or no cellular network coverage. It allows you to make calls and send messages even from remote locations with weak signals.

You can use VZW Wi-Fi for voice calls and text messages without incurring any charges.

Only local calls within the US are free. International calls are chargeable depending on your long-distance call plan.

Even though the VZW Wi-Fi is a relatively new feature, it is becoming popular every day. It allows free voice calls, texts, and video calls over your Wi-Fi connection while overcoming perennial cellular network issues.