It’s hard to imagine living without Wi-Fi nowadays, but it’s only been around for about two decades. So, how did Wi-Fi become so ubiquitous?

Wi-Fi is a wireless network that allows devices to connect to the internet without the need for physical cables. Wi-Fi networks are convenient and easy to use, which makes them a popular choice for internet users. 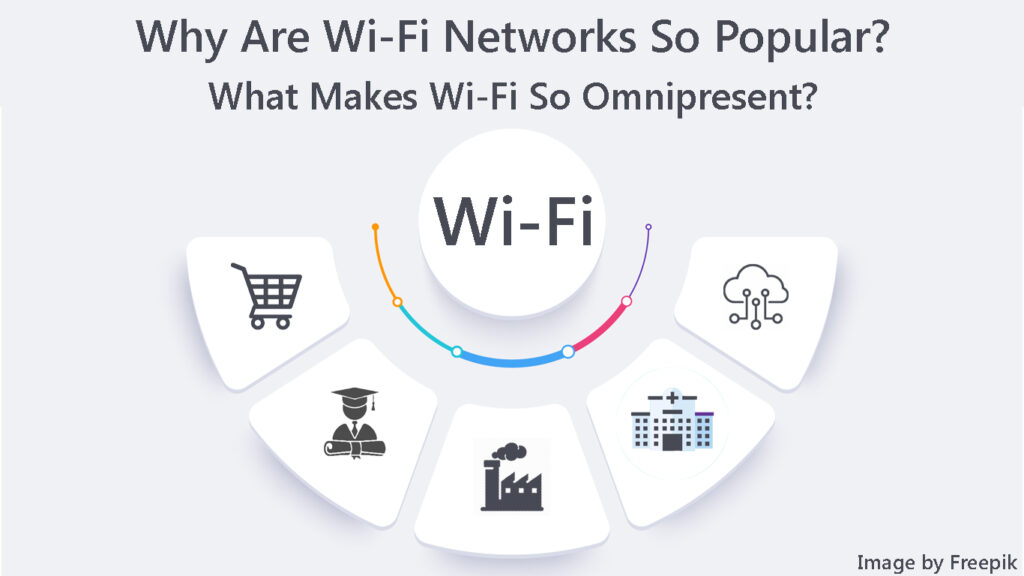 A Brief History of Wi-Fi

Wi-Fi was formed by the Wireless Ethernet Compatibility Alliance, which subsequently became the Wi-Fi Alliance. In April 2000, the organization announced the initial set of Wi-Fi Certified items, which included IEEE 802.11b devices. There are now more than 15 billion Wi-Fi devices in use throughout the world, according to the alliance. 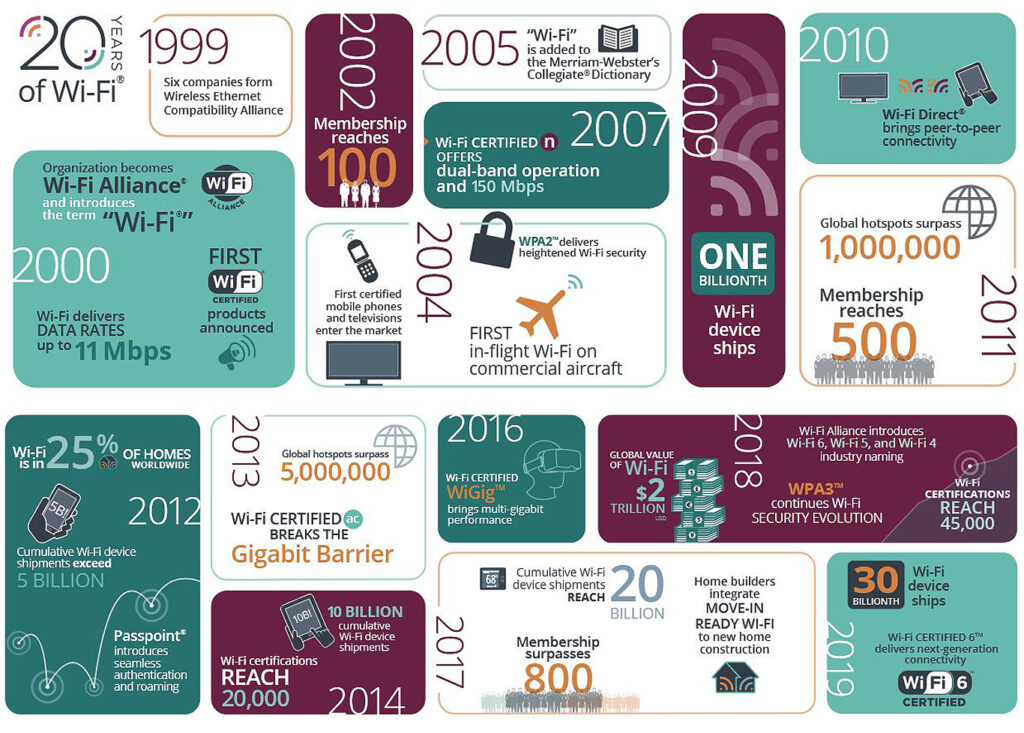 Back then, the products offered were access points and PC network adapter cards. They allowed people to connect their computers to broadband internet without any wires. Before the development of wireless technology, people used to connect to LANs and the Internet through either wired Ethernet connections or dial-up modems.

As wireless technologies improved and network equipment manufacturers began producing Wi-Fi-certified devices, manufacturers would add the Wi-Fi certification system and its logo to help customers understand that two devices can connect and work together using Wi-Fi.

As time went by, technology advanced beyond 802.11b, which then led to the term Wi-Fi becoming more about a general wireless LAN technology instead of being Device Interoperability Certification focused.

What Exactly Is Wi-Fi?

Generally stated, Wi-Fi refers to the wireless LAN technologies that use the IEEE 802.11 standards for communications. Wi-Fi products transmit data from a client device to an access point using radio waves. The access point, which often includes a router, then completes the connection to other devices on the LAN (local area network), WAN (wide area network), or the internet.

During the initial stages of Wi-Fi technology, Wi-Fi employed a 2.4 GHz frequency. Nonetheless, the frequency has expanded to include 5 GHz and, subsequently, 6 GHz frequency bands, which are available in newer 802.11ax standard products.

Why Have Wi-Fi Networks Grown So Much in Popularity?

There are several reasons why Wi-Fi networks are so popular. These include.

Widespread Adoption of the Internet

The popularity of Wi-Fi networks can be attributed to the widespread adoption of the internet and advances in wireless technologies.

In addition, as wireless technologies have improved, Wi-Fi networks have become more reliable and faster. This has made Wi-Fi an attractive option for users who want to stay connected to the internet.

Supports the Internet of Things

Another reason for the popularity of Wi-Fi networks is the support for the Internet of Things. The internet of things involves the interconnection of physical devices and the devices with the internet.

Wi-Fi networks support the internet of things by allowing devices to connect to the internet and exchange data.

Easy to Set Up

The popularity of Wi-Fi networks is also due to the fact that they are relatively easy to set up and use. Most home broadband routers come with Wi-Fi capabilities built-in, so all you need to do is connect the router to your broadband connection, and you’re good to go.

Also, as Wi-Fi networks have become more popular, the costs of setting up and maintaining a Wi-Fi network have come down. This has made Wi-Fi an attractive option for businesses and organizations that want to provide internet access to their employees and customers.

Wi-Fi networks can accommodate multiple devices per user. For example, one Wi-Fi router can support multiple laptops, smartphones, and tablets simultaneously. This is in contrast to wired Ethernet networks, where each device needs its own individual Ethernet cable. Also, Wi-Fi networks are not limited by the number of devices that can be connected like Ethernet networks. This makes Wi-Fi an attractive option for businesses and organizations that need to provide internet access to a large number of people.

Another reason for the popularity of Wi-Fi networks is the fact that they are scalable. This means that they can be easily expanded to support more users and devices as the need arises. For instance, a business can easily add more Wi-Fi access points to its network to accommodate more users. This is in contrast to wired Ethernet networks, which can be more difficult and costly to expand.

Ubiquity is another reason for the popularity of Wi-Fi networks. This refers to the fact that Wi-Fi networks are available in many public places, such as coffee shops, libraries, and airports. This makes it possible for Wi-Fi users to stay connected to the internet while on the go.

Watch the attached video for more advantages of Wi-Fi networks.

Questions: Why is Wi-Fi important nowadays?

Answer: Wi-Fi’s penetration into our daily lives has fostered several elements that have altered the way we perceive the world around us. First and foremost, Wi-Fi has given us the chance to be constantly online and connected to the World Wide Web, no matter where we are. Second, it has allowed us to use mobile devices such as laptops and smartphones that can connect to the internet without the need for cables.

Question: What are the reasons behind the popularity of Wi-Fi?

Answer: The reasons behind the popularity of Wi-Fi networks can be attributed to the widespread adoption of the internet and advances in wireless technologies. Also, the deployment of Wi-Fi networks has become easier and more cost-effective.

Question: How has Wi-Fi changed our lives?

Question: Can you have Wi-Fi without internet?

Answer: Yes, Wi-Fi allows you to link devices to a network without the need for data cabling. A Wi-Fi connection lets you access local resources like files and printers without an internet connection.

Question: Why are wireless networks cheaper?

Answer: Wireless networking is less expensive than wired networks since there are no cables between the computers. Also, wireless networks use minimal equipment that needs minimal maintenance.

In conclusion, Wi-Fi’s popularity is driven by the widespread adoption of the internet, support for the internet of things, ease of use, scalability, and more. As wireless technologies continue to improve, Wi-Fi will likely become even more popular.

We hope this article helped you understand the reasons behind the popularity of Wi-Fi networks. If you have any questions, please feel free to ask in the comments section below.