It has made the web more accessible, and you can now enjoy instant, high-speed internet without using cables or wires. Wi-Fi also allows multiple devices to share a single internet connection wirelessly.

Understanding the different Wi-Fi standards and specifications can help you decide which one is ideal for your internet connection needs.

This guide explains the three pioneering Wi-Fi designations, including Wi-Fi B, G, and N. Keep reading to discover the history of Wi-Fi and how it became what it is today. 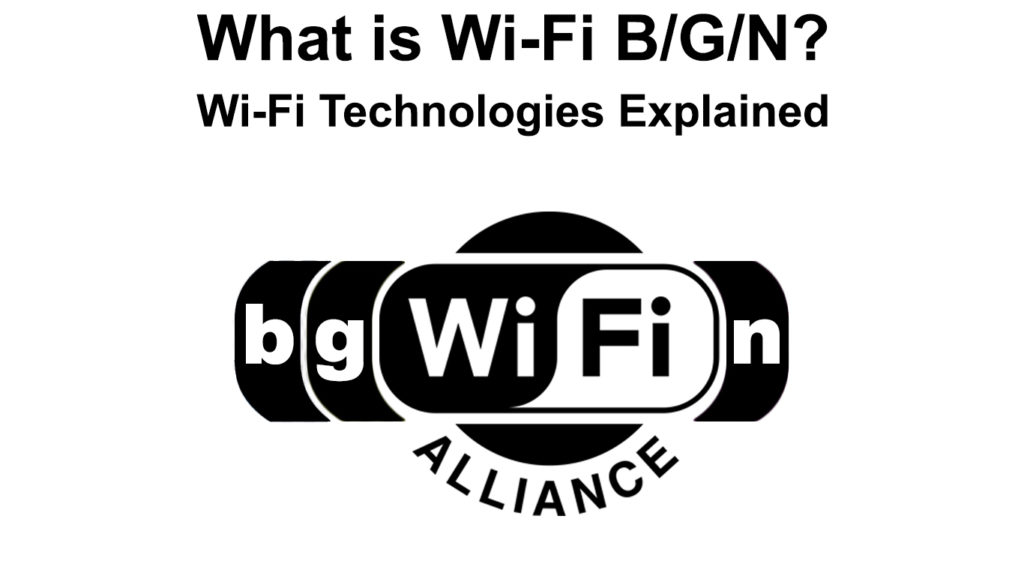 Wi-Fi 1 or Wireless B routers were the first to be commercialized at the time. These routers support the 2.4 GHz frequency band renowned for its extended Wi-Fi range of 150 feet.

The Wi-Fi B standard has a maximum link rate of 11 Mbps. Although these speeds are relatively slow, the 802.11b standard has an excellent range and can penetrate through thick walls, doors, floors, and solid obstacles.

Pros of Wi-Fi B

Cons of Wi-Fi B

Wi-Fi G is an abbreviation or acronym for the Wi-Fi standard 802.11g, sometimes called Wi-Fi 3 or Wireless G. It came out in 2003 after four years of research by the Wi-Fi Alliance on ways to improve data connection speeds.

This Wi-Fi designation can reach theoretical speeds of 54 Mbps, a vast improvement of the 802.11b standard. However, it uses the same 20 MHz bandwidth as its predecessor and supports the 2.4 GHz frequency band as all previous Wi-Fi specifications.

Even though the maximum link rate is 54 Mbps, these speeds are only theoretical. You should expect your Wi-Fi G router not to exceed rates of 31 Mbps with the deficit used by communication protocol overheads.

The Wi-Fi G has a network range between 125 and 150 feet. Since it uses the 2.4 GHz band, the signals can penetrate through solid obstacles seamlessly, ensuring you stay connected.

Wi-Fi N represents the 802.11n Wi-Fi standard, also known as Wi-Fi 4. Finalized and launched in 2009, this Wi-Fi specification is renowned for its fast data connection speeds, with transfer rates reaching 300 Mbps, depending on the router used.

Wireless N has improved network coverage of 175 feet, and unlike its predecessors, it uses both the 2.4 GHz and 5 GHz frequency bands.

Wi-Fi N routers are highly intelligent and can automatically switch between the different bands for reduced network congestion and steady signal strength.

Thanks to the increased speeds and enhanced data throughput, Wi-Fi N is ideal for heavy browsing, content streaming, and online gaming.

Today, most Wi-Fi routers use the Wi-Fi N (Wi-Fi 4) specification despite the emergence of faster Wi-Fi standards such as Wi-Fi 5 and Wi-Fi 6.

Differences Between Wi-Fi B, G, and N?

Here’s a breakdown of the differences between Wi-Fi B, G, and N:

One of the most notable differences between Wi-Fi B, G, and N is the data transmission speed.

Wireless B is the slowest among the three, with maximum theoretical speeds reaching 11 Mbps only.

Wireless G features improved link rates compared to Wireless B as it can reach theoretical speeds of 54 Mbps.

Wireless N is the fastest of the three Wi-Fi standards as it can reach theoretical speeds of 300 Mbps depending on the router.

Wi-Fi technology allows you to access the internet without running multiple wires in your building. Besides, you don’t have to be close to the router to establish a connection.

Wi-Fi B, G, and N have varying network coverage because of differences in antenna design, power output, and data transmission modes.

Wi-Fi B has a network range of 150 feet, while Wi-Fi G covers 125 to 150 feet, depending on the router model. Wi-Fi N has the most extended range, covering about 175 feet indoors.

The 2.4 GHz band has an extended network coverage and can penetrate through thick walls, pillars, and solid obstacles. However, it has a poor link rate, making it slow. In contrast, the 5 GHz band is faster but has a shorter range.

Wi-Fi B, G, and N use different frequency bands for data transmission. Wi-Fi B and G are on the 2.4 GHz band, while Wi-Fi N uses 2.4 GHz and 5 GHz for enhanced flexibility.


Any wireless network is usually prone to interference from devices that share the same frequency band.

Gadgets like cordless phones, baby monitors, microwaves, and Bluetooth speakers use the 2.4 GHz band, meaning they can congest a network that solely relies on the 2.4 GHz band.

Wi-Fi B and G use the 2.4 GHz frequency band exclusively, meaning they are more susceptible to interference than Wi-Fi N, which uses the 2.4 GHz and 5 GHz bands.

Channel bandwidth refers to the maximum data a channel can transmit with efficient fidelity. It is simply the channel’s capacity that determines the signal’s data rate.

Wi-Fi B, G, and N noticeably have different channel bandwidths if the data throughput rates of these Wi-Fi standards are anything to go by.

Wi-Fi B and Wi-Fi G use a similar channel bandwidth, 20 MHz, although Wi-FI G has a higher data throughput than Wi-Fi B. 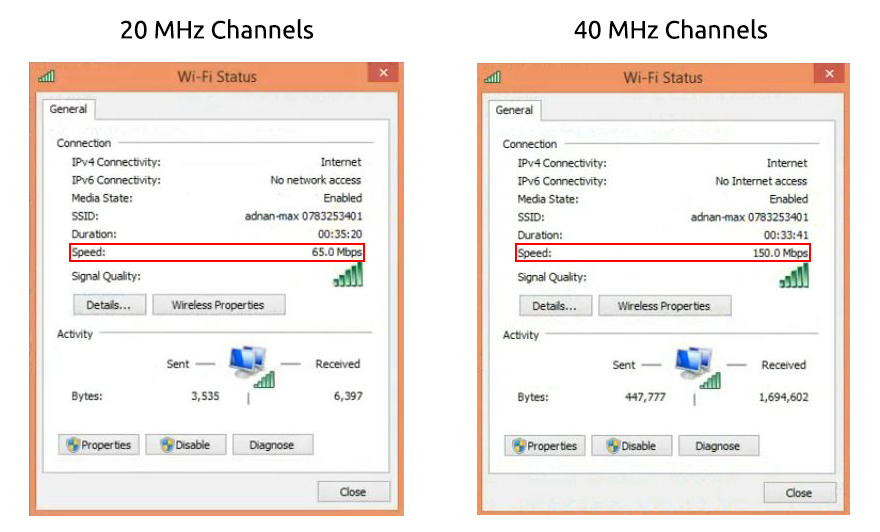 Wi-Fi networks have upload and download channels. Channel bonding is a technology that combines these upstream and downstream channels to increase data throughput and link rates between connected devices.

Wi-Fi B and Wi-Fi G do not support channel bonding since the technology came with Wi-Fi N in 2009.

Thanks to channel bonding, users on the Wi-Fi N network can stream videos, play online games, and browse simultaneously without experiencing slowdowns or lagging issues.

Security is a priority when dealing with wireless networks. After all, it is somewhat very easy for a hacker to intercept Wi-Fi signals, break into access points, and snoop on your network if you don’t have the proper security in place.

Wi-Fi B and G networks are vulnerable to hacking since they don’t have well-defined security mechanisms.

Backward compatibility is a phrase used to describe the possibility of older gadgets and equipment working with newer technology without any issues despite these devices not supporting the new technology themselves.

Wi-Fi B, G, and N are all backward compatible, meaning they support devices using older Wi-Fi standards. For instance, devices that run on Wi-Fi B and G can also work on Wi-Fi N seamlessly without compatibility issues.


Finding routers that operate on Wi-Fi B and Wi-Fi G specifications can be a challenge since these Wi-Fi standards are almost outdated.

Wi-Fi B is among the first Wi-Fi standards to come out, followed by Wi-Fi G. With the emergence of more advanced and better Wi-Fi standards, these two Wi-Fi generations are almost becoming obsolete.

In contrast, Wi-Fi N is readily available in the market. It has been since 2009, and most wireless devices still operate based on this Wi-Fi standard.

Does Wi-Fi B Still Exist?

Wi-Fi B is almost outdated, and 802.11b routers are no longer commercially available, even though you may find a few vendors selling them.

They cannot support heavy streaming and online gaming and are only ideal for regular browsing due to their limited features and specifications. 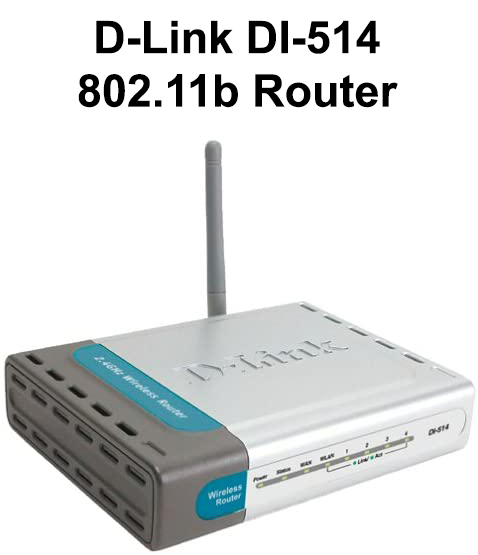 Wi-Fi G (802.11g) still exists, although most users have upgraded to the faster and more reliable Wi-Fi N.

The 802.11g standard is comparatively faster than its predecessor, and it has more advanced features for quick and stable internet access.

Wi-Fi G remains popular because it is a low-cost networking option, and it supports fast data transmission rates than legacy versions. 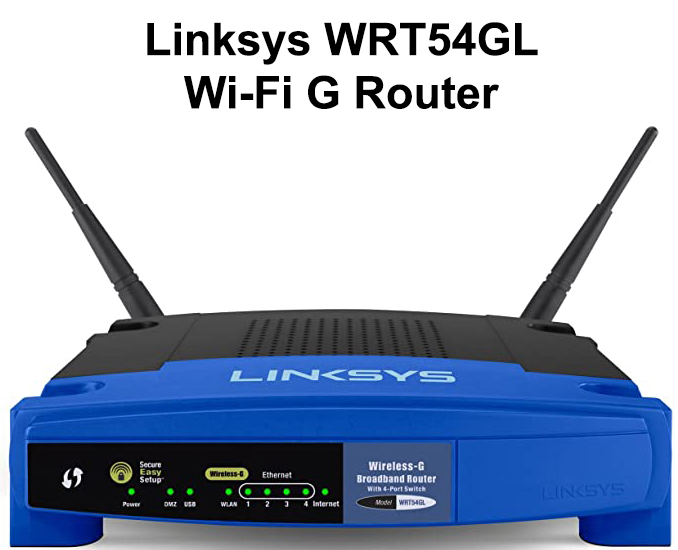 Wi-Fi N still exists, and it remains one of the most reliable Wi-Fi standards despite the emergence of Wi-Fi 5 and 6.

Most wireless devices operate on the Wi-Fi N standard thanks to its fast link rates, reduced interference, and remarkable overall performance.

Besides, Wi-Fi N is backward compatible, meaning it supports older equipment and gadgets that run on legacy fallback versions. 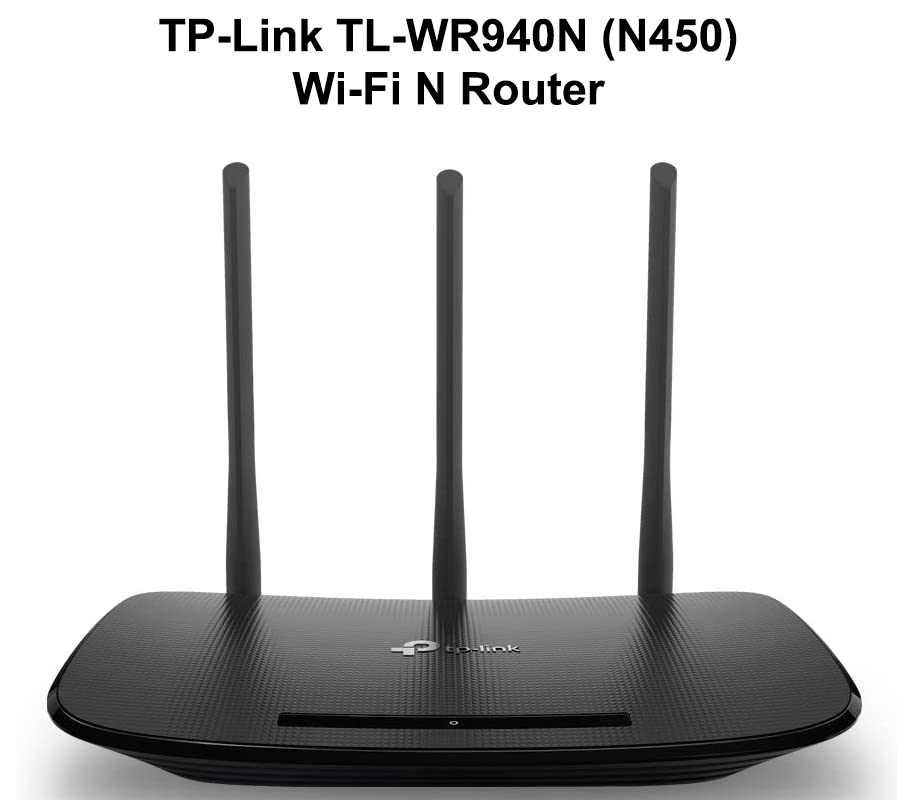 Is Wi-Fi G Faster Than Wi-Fi B?

Yes. Wi-Fi G is comparatively faster than Wi-Fi B, but all the other features, including supported frequency band and channel bandwidth, remain constant.

Wi-Fi B can reach maximum theoretical speeds of 11 Mbps only, while Wi-Fi G supports transfer rates of 54 Mbps, making it faster than the former.

Is Wi-Fi N Faster Than Wi-Fi G and B?

Wi-Fi N is the fastest among the three Wi-Fi standards discussed herein. It supports maximum theoretical speeds of 300 Mbps, depending on the router. Some Wi-Fi N routers used advanced technology to attain link rates of up to 600 Mbps.

However, these rates are only theoretical since communication protocol overheads usurp some of the bandwidth, affecting overall speeds. Issues like interference can also affect transmission rates.

Which is the Best Between Wi-Fi B, G, and N?

This Wi-Fi specification ticks all the right boxes. After all, it provides fast and reliable internet access, thanks to its higher data throughput and faster transmission rates.

Wi-Fi N is less prone to interference than Wi-Fi B and G since it uses the 2.4 GHz and 5 GHz frequency bands for enhanced flexibility and compatibility. It can automatically switch between the different bands, minimizing congestion and ensuring stable connectivity.

Above all, Wi-Fi N is readily available and is the Wi-Fi standard of choice despite the emergence of Wi-Fi 5 and 6. Most routers still operate on the 802.11n standard, thanks to its availability and affordability.

Wi-Fi technology has come a long way, with new standards and specifications emerging every day. The different Wi-Fi designations can be confusing even to the most experienced, tech-savvy person.

With the correct information at your disposal, you can future-proof your wireless network by selecting the ideal Wi-Fi standard. Understanding the differences between Wi-Fi B, G, and N can help you decide which Wi-Fi standard is best for your internet connection needs and preferences.