In the last decade or so, the wireless internet has become an integral part of our daily lives. It has outgrown luxury status and become a necessity for everyone who wants to participate in modern society.

However, as much as it is a must-have in every home, it is continuously a source of frustration. It often seems like there is no winning formula that will allow you to have decent coverage in your entire home out of the box. There will always be that dark spot with a weak signal or non-existing wireless coverage no matter where you put your router. The problem will only increase with the square footage of your home.

Radio waves, used as carriers to transmit the wireless signal between the router and other devices, have a very difficult time penetrating solid objects like walls and floors. On top of that, having many Wi-Fi sources in and around your home means there will be a lot of interference between different signals broadcasted on the same or similar frequencies.

You can somewhat mitigate the problem by changing the router’s position or tweaking the settings to avoid interferences with other signals, but, more often than not, you will find yourself in a position where you need an additional device or even more of them, strategically placed to extend and improve Wi-Fi coverage in the desired area.

If you have a decent chunk of change to spare, you can throw away your current router and buy yourself a Wi-Fi mesh system or enterprise-grade router and combine it with multiple APs. However, suppose you’re not willing to go that far as to change your entire wireless network setup, spending a four-digit amount of USD along the way. In that case, you’ll probably find many articles and videos suggesting that one of three following devices can help you fix the problem:

All of these are different names for the same type of device with the role of improving your Wi-Fi signal coverage and eliminating those dark areas with poor or no reception.

Various authors will distinguish between them by calling a device that is communicating with the router wirelessly – a Wi-Fi repeater. In contrast, a Wi-Fi extender is a device that uses a wired connection to exchange data with the router. Since they are all used to “boost” the Wi-Fi signal, you will find them being referred to as Wi-Fi boosters. 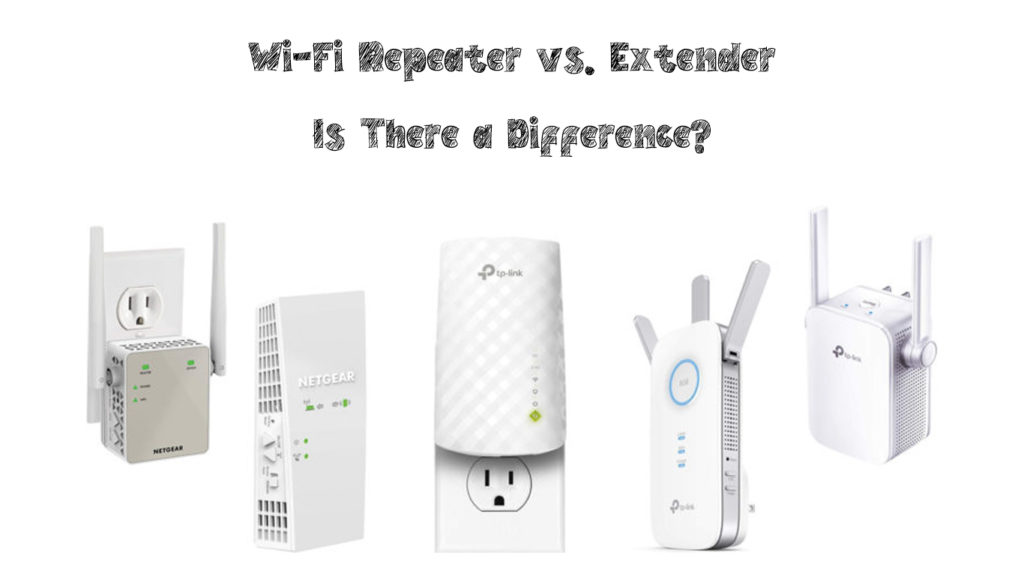 It is a type of networking device that receives the signal sent by the active router and sends it again.

There are three basic ways you can use to establish a connection between the router and the extender.

Let’s talk more about all of these options in a real-world scenario, and determine their individual pluses and minuses in terms of

A Wireless Wi-Fi repeater can be considered the simplest solution of the three. It is a small box with a power plug on the back and external or hidden Wi-Fi antennas used to receive and resend the signal coming to or from the wireless router.

In terms of speed, this is not the best solution since every device connected to the wireless extender will be able to use only half of the speed compared to devices connected to the router. Depending on how fast the router is, this can be even more than half with the newest, superfast wireless routers.

When we talk about reliability, they are fairly simple devices and won’t break that easily, but you need to keep in mind that a wireless repeater communicates with the router using same the same radio waves and frequencies as your router. Thus, it is susceptible to the same interferences and penetration issues a router suffers from.

Finally, convenience. Wireless Wi-Fi repeaters are quite easy to set up and use. All they need to function is a power socket and an adequate wireless signal coming from the router. If you give them both, you will be able to create a separate wireless network with the _EXT suffix after the SSID and cover a larger percentage of your property with a strong Wi-Fi signal.

Unfortunately, there is also one major downside when you’re using a wireless connection between the router and the extender, and that is range. Since the extender needs a pretty strong signal from the router to do its job, you can’t position it too far from its antennas. Also, just like with any other wireless device, you need to be very careful how many walls and floors you are putting between them if you want to have a usable connection.

Opting for a wired extender presents different benefits and limitations, so let’s see what you’ll have to deal with.

Reliability is much greater when using a wired link between the router and the extender since it is far less likely to run into interference issues. Also, you don’t need to worry about any walls and floors between devices.

Lastly, convenience. This is probably the greatest downside of this type of extender. Yes, you will get higher speeds, and the connection between the extender and router will be more reliable, but you will need to run the Ethernet cable between those devices, and that task can present a significant challenge if you prefer the clean aesthetics of your home or/and don’t want to mess with the cables laying all over the place.

This option is a bit unconventional. Wi-Fi extenders designed to work with Ethernet over powerline technology are designed to bridge the gap between the router and Wi-Fi booster using powerlines in your walls. 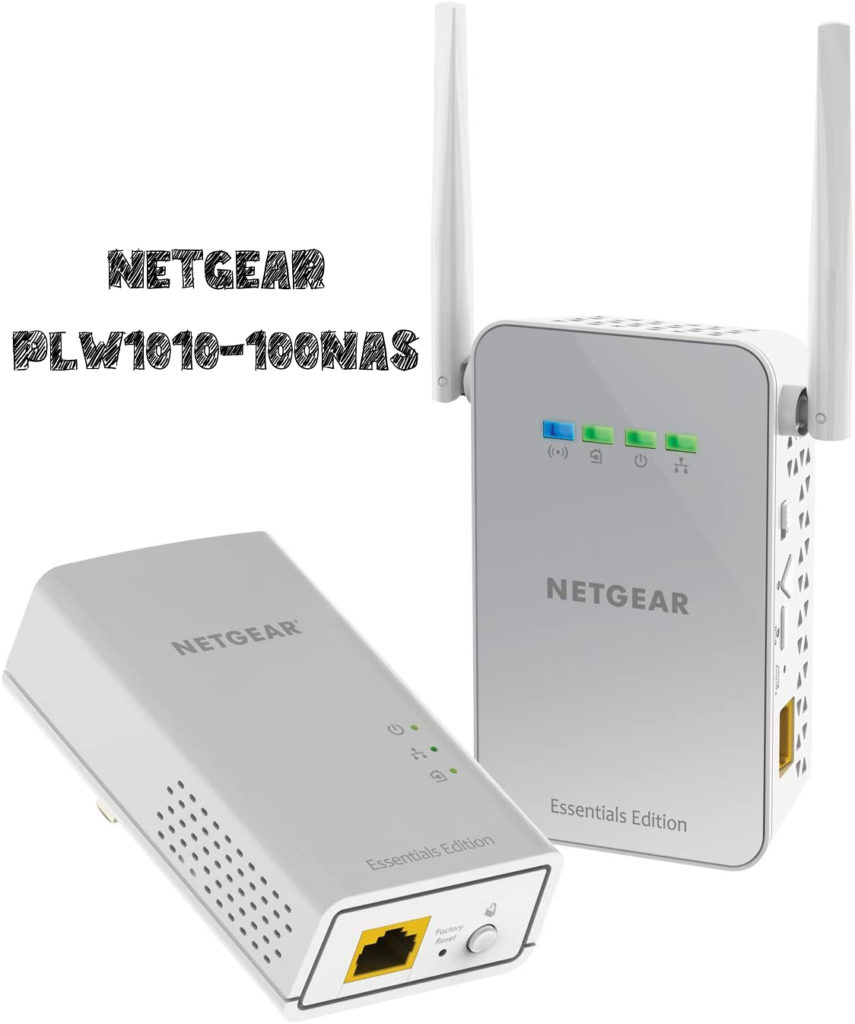 Ethernet speeds between those two devices can go up to 2 Gbps in theory, but you should expect something like 100-300 Mbps in real-life applications, which might not be as good as a 1 Gbps Ethernet link, but it is plenty enough for most users. Wi-Fi speeds will vary on the make and model of the device, but they are usually around 300 Mbps.

In terms of reliability, these are pretty good. Once you set everything up and establish a connection, you can expect constant speeds and smooth operation as long as you connect both devices directly into the wall socket. Extension cords, uninterrupted power supplies, and other devices with power sockets may have active power filtration that can mislabel the Ethernet signal in power lines as noise and filter them out, thus disabling your connection.

Trying to figure out what is better – a Wi-Fi extender or Wi-Fi repeater is somewhat like choosing between a PC and a Mac. They both have the same purpose and similar features but do things a bit differently. Furthermore, those terms are often used interchangeably. Like with PC VS. Mac, your best option will largely depend on your needs, price range, and preferences.

A wireless repeater is a device that extends the signal range of your Wi-Fi by connecting to the router wirelessly.

A wireless extender does the same job but uses an Ethernet cable to connect to the router.

A third type, called powerline Wi-Fi extender, uses your power lines inside the building to bridge the gap between the router and the extender.

Each of these devices is used to cover the dark areas of your home with a usable Wi-Fi signal, i.e., to boost the signal. That is why they are al often referred to as Wi-Fi boosters.

When we compare each type in terms of speed, reliability, and convenience, we will find that wired extenders are faster and more reliable. In contrast, the wireless extender offers more convenience since it is easier to set up and use compared to the other two.