A single network can be wired and wireless at the same time, depending on its configuration and the connected devices.

After all, a network is a group of interconnected devices communicating via a centralized access point such as a modem, switch, hub, or router.

For instance, you may wirelessly connect your smartphone to your router but add your PC to the network through an Ethernet cable for a wired connection.

Your smartphone and PC will be on one network even though the phone connects through Wi-Fi while the computer has a wired connection.

This post answers the question, “are wired and Wi-Fi considered one network?”

It also highlights the differences between wired and wireless networks, including their pros and cons. 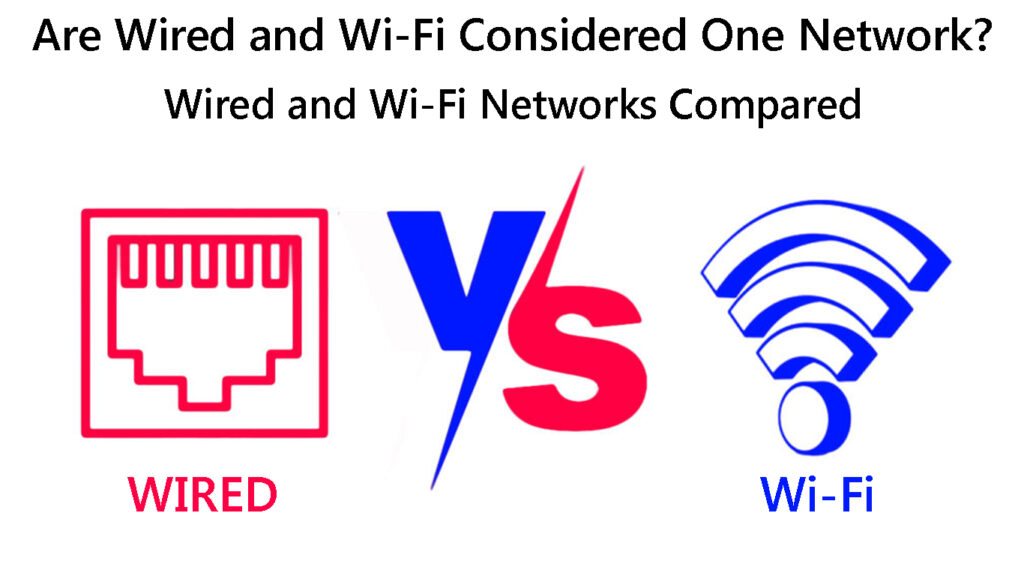 What is a Wired Network?

A wired network is a group of devices, such as printers, computers, and scanners, connected using cables and wires.

The interconnected devices communicate mostly using any hardwired physical medium such as an Ethernet cable. 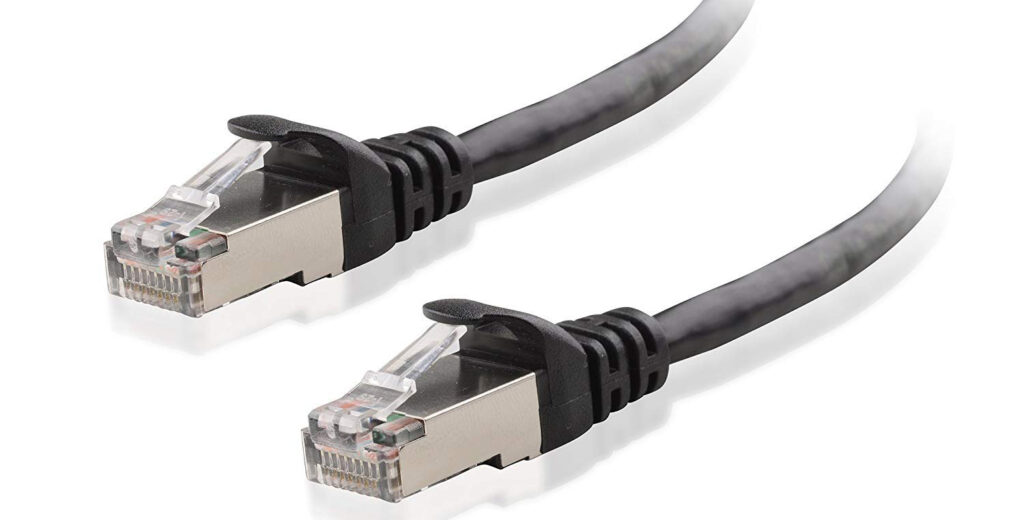 They also connect to the internet using a hardwired connection via a router or modem and transfer data between the interconnected devices using Ethernet cables.

How Does a Wired Network Work?

A wired network uses cables, wires, and physical hardware to allow interconnected devices to share an internet connection and other resources.

All the devices in a wired network communicate through hardwired connections such as Ethernet cables.

One wire plugs into the router from the modem to provide internet connectivity, and the data travels to connected devices via cables.

What is Wi-Fi (Wireless Network)?

Wi-Fi is an internet technology that wirelessly transmits data to connected devices within a network.

This wireless network allows devices to interconnect and stay connected untethered to any cables or wires.

It remains a popular choice in many homes and businesses since you don’t have to run cables along your walls.

Wi-Fi or wireless networks use radio waves to transfer data from an active router to connected devices within the network.

It uses two radio wave frequency bands for data transmission: the 2.4 GHz and the 5 GHz band.

Whether using a smartphone or PC, the connected devices must have a wireless Wi-Fi adapter to receive wireless signals from the router.

Wi-Fi Is Slower Than Ethernet

Differences Between Wired and Wi-Fi Networks

Here are the most notable differences between wired and Wi-Fi (wireless) networks:

Wired networks use wires and Ethernet cables to link connected devices to the internet or other networks. Setting up a wired network requires intensive human resources and can sometimes be cumbersome and time-consuming.

Wi-Fi networks are wireless, meaning they do not employ cables but instead use radio waves to link devices to the web or other networks. Installing Wi-Fi is less labor-intensive and has less deployment time.

Wired data transfers are linear, meaning transmitted signals travel in one direction via a cable or wire.

In contrast, transfers in wireless networks are omnidirectional as data travels in various directions to connected devices.

Since wired connections are dedicated, and data transfers are linear, you should expect faster transmission speeds. Wired networks deliver faster speeds with higher data throughput, with each cable plugging into each connected device.

Wireless networks are comparatively slower than wired connections. After all, all connected devices share link rates, leading to reduced transmission speeds. An increased number of gadgets on the wireless network can also lead to congestion and signal interference.

Wireless networks are vulnerable to security threats, and it is very easy for hackers to intercept Wi-Fi signals before they reach the intended destination. A third party may anonymously join your home or office Wi-Fi network using various software and steal your sensitive info.

In contrast, wired networks are more secure and less prone to interceptions. Your network name won’t appear in a search making it harder for hackers to infiltrate your connection. Besides, you can install more security layers and mechanisms for improved protection.

Since wired networks are less prone to interference, they are more stable and highly reliable. They are not visible to other devices outside the network leading to fewer or no interruptions.

Wireless Wi-Fi networks are not as reliable as wired networks due to signal interference and congestion. Other nearby networks can cause connectivity issues, leading to unnecessary drops and slowdowns.

Wired and Wi-Fi networks are one even though they allow different devices to connect to the internet via cables or wirelessly.

Choosing the best network connection depends on your specific needs and preferences.